We know that the Samsung Galaxy Z Fold brings a smaller folding radius and stylus support. However, it seems that there are more official ways to provide minor usability improvements. 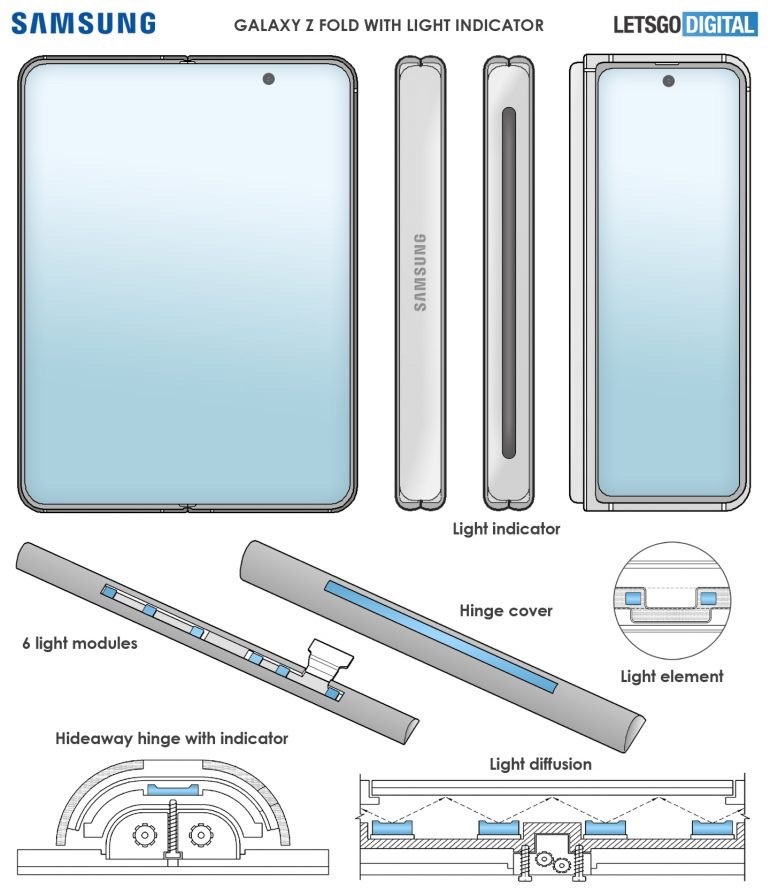 Today, LetsGoDigital discovered such an improvement. The patent for ‘Electronic Devices Including Indicators’ filed in March 2019 shows that Samsung plans to add a series of indicator lights to the hidden hinge of the Samsung Galaxy Z Fold.

In this patent, a LED light is inserted under the translucent cover. These LED lights can combine different colors to achieve visual and decorative effects. We mean these LED lights can be used for new notifications, messages, missed calls, etc. 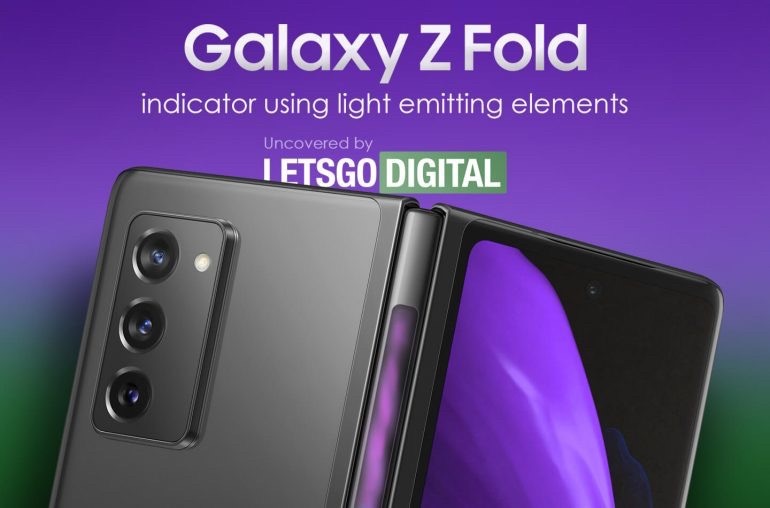 The patent was filed by Samsung in March 2019 and issued by WIPO (World Intellectual Property Organization) on October 1, 2020. It contains a total of 44 pages of patent documents.

As you understand, this approach may be used in the Samsung Galaxy Z Fold 3. Moreover, Samsung’s screen camera (UDC) technology will no longer be introduced with the Galaxy S21 anymore. This is because the yield rate is too low. However, this technology is now scheduled to come with Samsung’s next generation foldable phone, the Galaxy Z Fold 3. 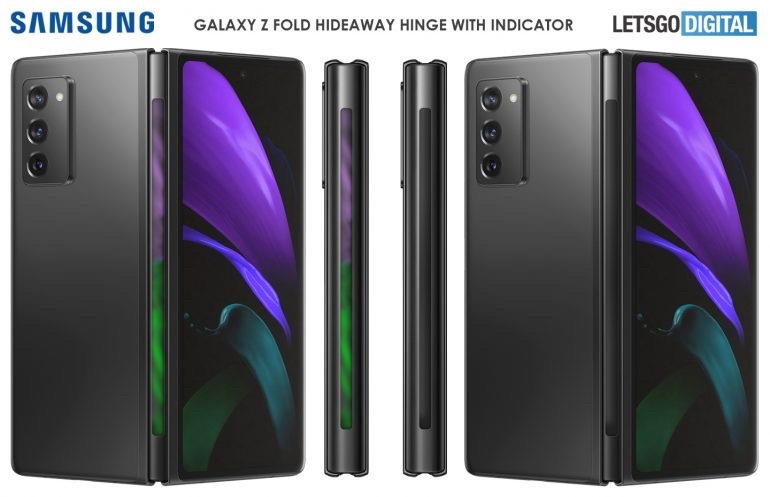 We should also mention that the world’s first smartphone with an under-screen camera is the ZTE Axon 20 5G. But those who have used it, say there are some problems. So customers are more eagerly waiting for this technology to appear on a more popular brand smartphone. In this sense, Samsung, Xiaomi, and Huawei are the most possible variants. And now, there is every reason to think the Galaxy Z Fold 3 may come with it onboard.