Patents are getting bizarre over time. Some get to see the light of the day, while some actually end up being just a concept smartphone. The lucky ones get to be commercialized and end up with the users. Samsung has been one of the pioneers who has perfected its foldable smartphones in a short period of time. While many have come forth with their foldable smartphones, but only a few of them has been successful enough to commercialize it yet. Other than the foldable, Samsung has similar patented a bizarre-looking rotating pop-up camera system.

Rotating cameras aren’t new with Samsung in any way. If you recall, the company launched the Samsung Galaxy A80 a year ago. While the mechanism it uses is a lot different than the one they recently patented. 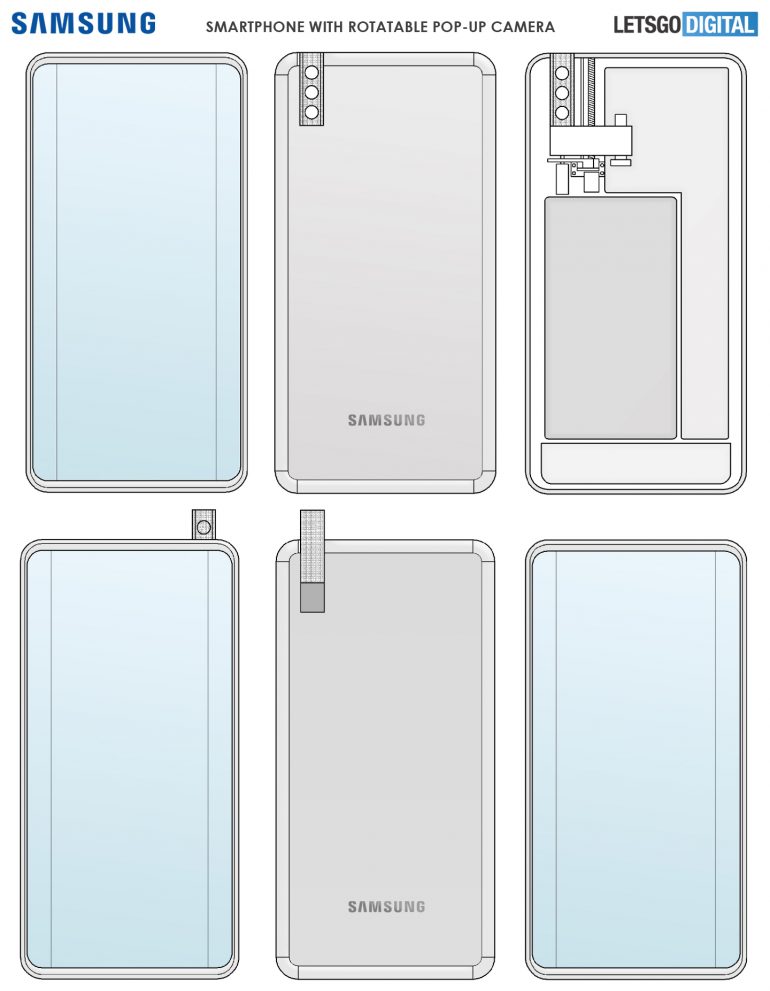 Since the rear cameras already include the wide-angle camera, it will easier for the users to use the lens for a wide-angle selfie only is Samsung allows. Normally the front camera on a smartphone is inferior to that of the rear cameras. For this smartphone, a user will be able to get similar quality photos in both rear and selfies.

Pop-Up mechanism and some of its drawbacks

Pop-up cameras have been around since 2019. Companies such as OPPO, Vivo, Xiaomi, Motorola, OnePlus, Samsung, etc have used them for a while. But the implementation of the punch hole camera has almost made companies to turn its back on the pop-up mechanism. As the pop-up takes up significant space and the mechanism itself takes a lot of resources to build, unlike punch hole and notches. Since the 5G is making its way, a smartphone has to have a bigger battery, which is hard since the pop-up mechanism takes up the space required to implement a bigger battery.

As mentioned above, Samsung has already made such stride with the Samsung Galaxy A80. So it shouldn’t be that hard for Samsung to commercialize this smartphone. But if anyone is thinking that this might be the rollover product for the Samsung Galaxy A80. That isn’t the case, as Samsung is already working on Galaxy A82, which will succeed the Galaxy A80. However, we are not sure if the company plans to implement this on the successor.

Up next: Samsung Galaxy A72 passed Brazilian certification