According to LetsGoDigital, Samsung Display recently submitted an under-screen camera trademark called “UPC” in South Korea. It stands for “Under Panel Camera”. 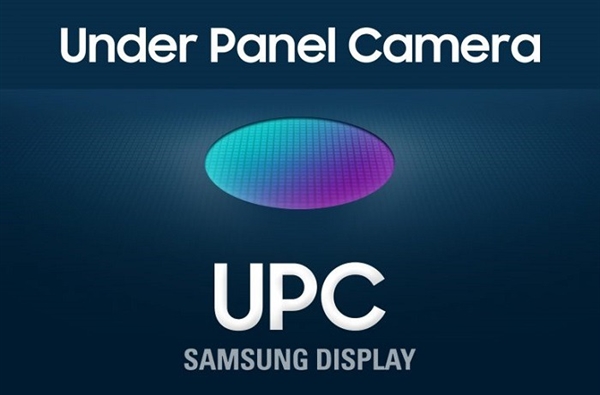 From the perspective of trademark introduction, UPC will not only be applied to OLED display panels and computer monitors, but also appear in smartphones and TV products, which can basically cover common display devices.

Learn everything about under-screen camera technology

At present, Samsung has not officially announced the specific information about UPC equipment. But there are many reports that Samsung will release a number of products with under-screen cameras this year. 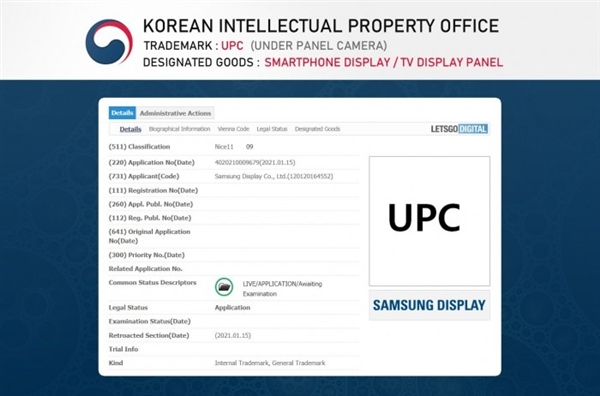 It is worth noting that Samsung has recently showcased full screen smartphone in a CES 2021 promotional video. Relevant reports prove that the handset may come in the second half of the year. It should be the Galaxy Note 21.

According to previous news, the Samsung Galaxy Note 21 Ultra still continues the consistent design style of the Note series as a whole. It will come with a hyperboloid display on the front and an under-screen camera module. 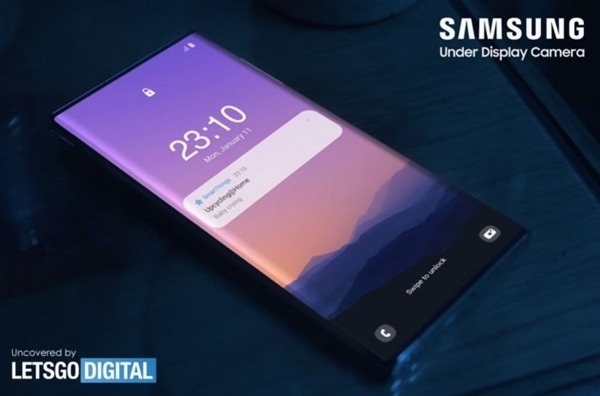 LetsGoDigital has predicted that the Samsung Galaxy Note 21 Ultra will be equipped with a 6.9-inch display, support QHD+ resolution and adaptive 120Hz refresh rate. Its peak brightness will be increased to 1600 nits. Under the hood, this handset will be powered by the Qualcomm Snapdragon 888 processor and 16GB memory. 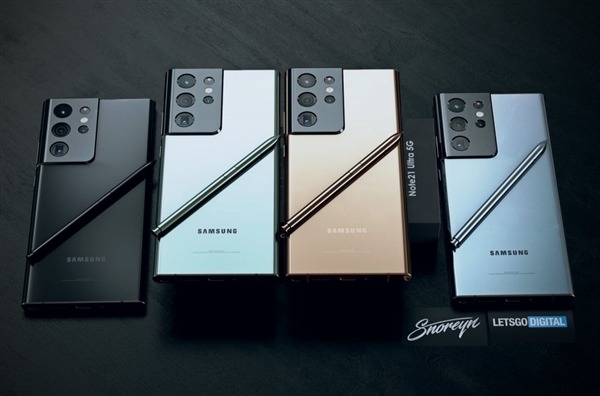 In addition to the great leap forward in front camera technology, the machine will also come with a more powerful rear camera. It will use Samsung’s strongest penta-camera module, which also includes a periscope telephoto lens. Thus, Samsung will once again refresh the performance of smartphone photography.