Samsung Will Pay: There is a good news for all the mobile phone hackers. The South Korean tech company ‘Samsung’ will give $200,000 amount if anyone finds a vulnerability in the software of their mobile devices. Recently, the company has declared about the mobile Security Rewards. This program is related to the programs offered by some huge tech firms and is meant to identify the growth of the interface of the companies.

The big tech giants introduce this huge rewards so that the companies recognize the vulnerability before it is obtained and misused by the hackers. These Bug Bounty Programs are carried by some of the huge companies like Google, Microsoft, and Nintendo. It is a good step as its better to pay $200,000 for exposing the weakness before it gets handy to the cyber criminals.

The South Korean company Samsung follows this course with the opening of its initiative. In January 2016, Samsung commenced this research with a pilot, but now the offer is accessible to all investigators and hackers in white hats. It is Only for white hat hackers because they don’t misuse their intelligence for performing violation. Samsung calls specialists to assess the uprightness of their phone devices that presently obtain security updates on a regular basis like associated software.

The company has over 38 phones and tablets in the Galaxy S, Galaxy Note, Galaxy A, Galaxy J and Galaxy Tab series, which also includes Galaxy S8, S8 plus and Note 8. Moreover, they will pay those hackers who detect security flaws in some features like Bixby, Samsung Pay, Samsung Account and Samsung Pass.

The payment that investigators, as well as hackers, will get will depend on the number of bugs detected and the sharpness of the fault found. It will also depend on the specialist’s experience to certify the flaw and demonstrate an attempt of concept. The payment can be obtained from $200 to $200,000. 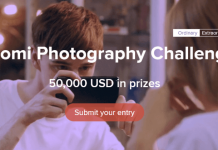