Last week, Xiaomi showcased a single lens retractable camera and provided a fresh concept to the world in recent times. The company gave us hope that smartphones with multiple cameras will not be the only option in the coming times. However recently, another Chinese company, Lens Technology, has been approved for a patent that consists of eight cameras. Yes! you heard that right, an Octa-Camera smartphone is indeed not out of the picture.

Also read:  Xiaomi aiming to bring SLR experience to smartphones with its new…

According to a report by LetsGoDigital, Lens Technology (Changsha) Co. Ltd filed a patent for an Octa-camera smartphone back in May 2020 with the WIPO (World Intellectual Property Organization). The approval however came on October 2.

Coming back to the device, it indeed looks fresh from all the devices available presently. From the looks of it, it has a full view display on the front without any notch or punch hole cameras. Which begs to differ that this device might indeed have a pop-up camera, or it might have something special up its sleeves like an in-display camera.

Another thing we noticed is an old fashioned pill at the bottom of the display. This means the fingerprint sensor will be located at the front unlike the in-display fingerprint sensor as we see on most flagships. The pill might also act as the power button as we could only locate the volume rockers on the left side.

Moving on to the rear, a dual set of cameras are placed at every corner accompanied by a flashlight between them. That tallies up to 8 cameras and 4 flashes all together. The small dot on the back appears to be a noise cancellation microphone.

Lens Technology was founded in 2003 by Zhou Qunfei. She is considered the world’s richest self-made woman. The company also lends its support to many top-tier smartphone OEMs such as Apple, Samsung, Huawei, etc. They mainly engage in manufacturing touch displays for them. Recently, they supplied their display for the Apple watch. Other than that they produce fingerprint modules, camera modules, and camera lenses for smartphone OEMs.

Although, we shouldn’t have our hopes high considering that this information is just the tip of the iceberg. It is just a patent for now and whether the company will build it on its own or lend the technology to other smartphone OEMs is still unknown. Hopefully, it will see the light of the day in coming times. Stick with us to know about more updates. 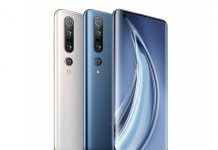