The first DLC, Outer Rim, that EA DICE released didn’t have any planets in it, It was all on Tatooine. You could fight in the factories of Sullust and battle within Jabba the Hutt’s palace. The DLC also added in two new characters a hero, Nien Nunb and a new villain, Greedo. They also added a few weapons and Star Cards, the last feature added was a new game-mode called extraction. Extraction is a push the cart based game-mode.

The hero Nien Nunb is a Sullustian rebel and a defense character. His ability’s are, Rapid Pulse Cannon which is a variant of the Pulse Cannon star card. This ability does the same amount of damage as a regular Pulse Cannon but recharges at a faster rate. He has a Augmented Turret that is a deploy-able turret that upgrades as damage is given to Heroes/Soldiers. The upgraded version of the turret locks on faster and fires explosives rounds. It only upgrades if it gains kills or damage on enemy heroes.

The final ability is Proximity Mines/Orbital Strike The ability changes depending on the map size, low player maps he uses Proximity Mines, 4 can be placed at one time but they do the same damage as normal ones. On max 40 player open maps Nien Nunb uses the orbital strike which can hit a large area and can do a more damage. Nien Nunb’s weapon is a  DH-17 Blaster Pistol which dose more damage that the basic blaster pistol.

The villain Greedo is a bounty hunter but he is also an attack based character. his three ability,s, the first one is Confidence Blast The type of grenade he throws varies depending on Greedo’s confidence. At the lowest level confidence Greedo can use the Dioxis Grenade, followed by a Thermal Detonator at confidence 1, then an Impact Grenade at confidence 2, and finally a Thermal Imploder at confidence 3. The next ability is High Senses, which can highlights enemy players through barriers across a large radius, even bigger than the Scan Pulse. If an enemy is highlighted he laughs but he doesn’t if there isn’t an enemy. If he sees a player with the ability it takes longer to cool down that if there where no players.

The final ability Greedo has is Precision Shots this ability allows him to highlight up to 5 enemy’s. When highlighted a timer gets started once the timer finishes. When the timer stops he fires a single blast at the enemy’s killing them all instantly. If they are out of his line of sight (like behind him or behind cover) his blast will not hit them. His weapon is the DT-12 blaster pistol that is also in the Outer Rim DLC.

There where 4 maps added to the game with this DLC, the first one was Jabba’s Palace which is compact, dark and gloomy. then there is the Palace Garage which is large and bright. next is SoroSuub Refinery which is dark, large and outside. and finally is the SoroSuub Pipelines which is dark and closed but big.

The second DLC is called Bespin which s based around the Cloud City. There was a new hero added Lando Calrissian and a new villain named Dengar. A new game-mode was added Sabotage where Rebels attempt to blow up all 3 of the Empire’s gas generators, then try to evacuate. There was 3 new star card added and some new weapons. Finally There was 5 open and closed Maps, which vary in size, added to the game.

The character Lando Calrissian Baron Administrator of Cloud City and is a attack based character his ability’s are Power Blast it activates a power bar. When it is fully charged, the ability lets Lando to deal large amounts of damage up to six times the normal amount. The ability also has a slight homing affect. The next ability is Shocking Trap this allows Lando to disappear from all enemy radar’s and drops a trap that shows as a power up or a hero token to the enemy’s. If an enemy tries to collect the item, they get shocked. If they can’t escape in time, they will die. Lando’s trap can be noticed because the pickup spins counter-clockwise, however the normal pick ups spin clockwise. This ability can deal up to 100 damage.

Lando’s final ability is called System Disruption Which produces a shock-wave all around Lando. If there are any enemies and or villains inside the wave they have all their abilities and Star Cards put in to cool-down and their weapons overheat. This won’t work on villain like Darth Vader or Emperor Palpatine. Villains with blasters will have a faster cool-down time. This ability is based off the Disruption Star Card which was added in the Bespin DLC. Lando’s Weapon is the X-8 Night Sniper which was also added in the Bespin DLC.

The villain Dengar is bounty hunter and is a ranged character. His 3 ability are Frenzied Blast, this ability allows Dengar to increases the fire rate of his blaster for a short amount of time. This ability is quite powerful if used at a good time, but there are some downsides. The main reason is because the accuracy of the weapon dramatically decreases after being shot for a certain amount of time, this ability give the gun very bad recoil. Dengar can’t sprint when it is active. The next ability is Hurricane Strike, Dengar charges toward the enemy at a great speed and hits the enemy with he blunt of his blaster.

Dengar’s last ability is Explosive Rush, Dengar will sprint forward and throw three bombs to his front, right, and left. If any enemy in those three areas, the bomb will stick to one of them. All of the bombs have a timer and they blow up within a couple seconds which kills all enemy’s around it. Dengar’s weapon is a DLT-19 Heavy Blaster, making him the the first hero/villain to carry a heavy blaster. 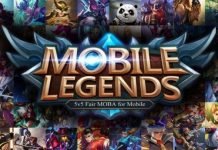 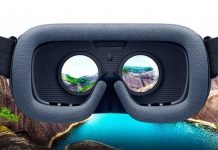 How Virtual Reality Is Revolutionizing the Gaming Industry 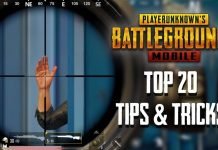 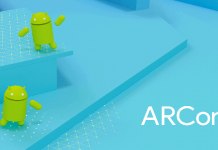 Best custom ROMs for Xiaomi Mi A2 based on Android 10...