At the iPhone 7 launch event back in September, Apple and Nintendo revealed that the iconic Mario game will be heading to the App Store this December. As promised, Nintendo has finally released the highly-anticipated game for iPhone, iPad and iPod touch users on December 15th. It will be available for Android in 2017.

Also Read: Play PlayStation Games In your Android Without Lag 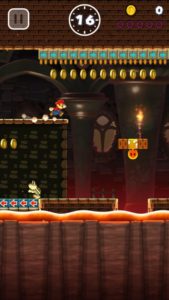 To ease it to the level of iPhone user base, Mario Run is simplified by allowing users to play it single-handedly. As Mario automatically runs on his own, left and right continuously, you can jump by simply tapping on the screen and collect coins, stomp on Goombas, hit bounce pads to vault up into the air. 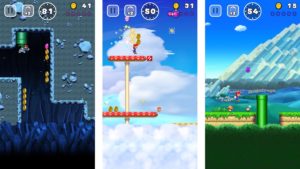 It features three modes in total –

Super Mario Run is free to download from the Apple App Store. It includes multiple trial levels to play. To unlock the full game, you’ll need a one-time in-app purchase of $9.99 / Rs. 620. The disappointing feature of the game is that it requires a constant internet connection. According to Super Mario creator Shigeru Miyamoto, this is done for anti-piracy reasons.

Also Read: How To Get Unlimited Gems, Gold and Elixir In Clash Of Clan

Whether you’re a big retro gaming fan, a long-time Mario fan or just a casual gamer, you’ll enjoy Super Mario Run. It’s a great blast from the past that has been modernized and a terrific addition to the iPhone. There’s also a Mario sticker pack available in iOS. Get Super Mario Run on the App Store here.