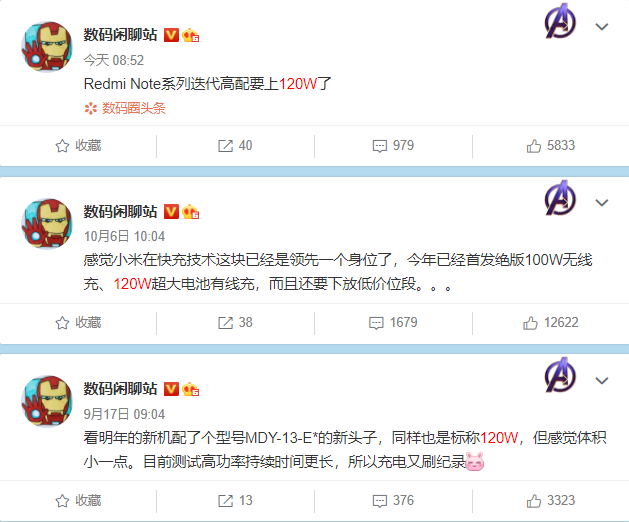 According to the famous Weibo blogger Digital Chat Station, the higher variants of the Redmi Note 11 series will support 120W fast charging tech. What he meant by higher variants is likely to be the Pro and Pro Max models. The Chinese Note 10 Pro already supports 67W fast charging tech. He also added that the device would be equipped with the Qualcomm Snapdragon 778G chipset and a display with a refresh rate of 144Hz.

Apart from this, the blogger has said that Xiaomi is already a leader in fast charging technology. The brand has already launched 100W wireless charging and 120W wired charging for large batteries. He included that the brand will be able to launch this at a lower price. The 120W fast wired charging tech is available with the Mi Mix 4 and Mi 11T series.

As said above, the Redmi Note series smartphone is known for its low price with advanced features. Further, the upcoming smartphone of Xiaomi, which will have the model number MDY-13-E, will also feature a new charging tech. It is likely to feature the 120W fast charging tech. He said that it has smaller power output. And the current test of high power lasts longer, so the charge has been recorded.