Remember last summer when you went out with friends and headed to the beach? Or the specific destinations you have been looking forward to? Some of you might even have plotted your whole year’s adventure or already bought the plane tickets but we’re all here stuck in our homes due to the pandemic. And as the clock’s ticking, we no longer know what to do aside from being a potato munching chips while streaming Netflix. Well, we feel you. There, there.

So, we have listed the top five online games you can play while succumbing in your couch or bed:

A 5v5 showdown against real humans online. The game was developed by Moontoon in 2016 and now has about 500 million downloads. This game gained massive popularity across Southeast Asia which became the leading eSport today. In this game, two opposing teams are fighting to reach and destroy the enemy’s base while defending their own base for control of a path, the three lanes which connect the bases. The game gives so much fun that it sometimes makes the players so intense. Just a tip though, if you want to concentrate on winning you might want to mute the game to avoid the noobs’ trash talks. Unless you’re up to different fights.

This game has been here for quite some time now. I recall the day when I asked my cousin to lend me his Gameboy at that time. Since those were the years when mobile phones were not that hi-tech unlike today (Please don’t guess my age lol).Final Fantasy is a Japanese science-fantasy media franchise created by Hironobu Sakaguchi. Later developed and owned by Square Enix. The franchise centres on a series of fantasy role-playing video games. The first game in the series was released in 1987, with 14 other main-numbered entries being released since then. When you want to do some challenging adventure just to save another damsel in distress, this game might be a fit for you.

A somewhat similar to Counter-Strike but more militant. The Call of Duty is a first-person shooter video game franchise published by Activision. The game was first introduced as a video game in 2003, which focused on games set in World War II, but over time, the series has seen games set in modern times, the midst of the Cold War, futuristic worlds, and outer space. The mobile was later introduced last year of October.

A mobile game which was just released last 2018 of October currently has over 1M gamers. It is a massively multiplayer online role-playing game created by Gravity based on the manhwa Ragnarok by Lee Myung-jin a. In this game, you’ll be able to interact with our users around the world and complete adventure quests to level up from to time. And oh, once you start the game you will never be able to track the time since you’ll be enjoying finishing quests alongside with your cute poring.

Sims has been popular due to its unique way of video interaction with other users. It’s like the game will give you the ideal life you ever wanted. For example, you can create 100 babies in just one day! You can smash the head of your neighbour for being annoying. Though, I would really not suggest that. There are a lot of things you can do to your character that you can’t probably or are afraid to do in real life. This series of life simulation video games was developed by Maxis and published by Electronic Arts. The franchise has sold nearly 200 million copies worldwide, and it is one of the best-selling video game series of all time.

There you go, just search for it on your respective app downloaders and enjoy the rest while being safe. 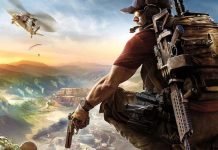