Also Read: 5 Reasons Why iOS Is Better Compared to Android

Siri is a lot more useful in iOS 10, MacOS Sierra and the Apple TV’s latest update. The iPhone voice assistant work with and control many non-Apple apps, get improved voice search and will even be baked into your MacBook or iMac. Siri will also have more predictive features, so you get the info you need without having to ask for it first. (cnet wrote)

There are many things you can do in iOS 10, but here are few things, you can do with Siri. Though Siri has many amazing capabilities, people don’t realize that these small things, which can be handled by Siri can save up a lot of time. In the iOS 10, Siri has been developed for performing many difficult tasks, which cannot be done by a search engine by itself.

They have made Siri a lot more intuitive, and with the new update of iOS 10, your personal assistant Siri will be performing some mind blowing tasks, which you have never imagined before. The best part is, Siri is no longer a robot now, You can send a text to your dad by telling ‘shoot a text to Dad’. Siri has been improved to be human-friendly.

1. Now you can ask Siri to book Uber cab

Now you don’t need to book Uber from the app or website. Just speak a line to Siri and the cab will be on the way to pick you up. Basically, what you need to do is ask Siri to book you a cab by speaking to your phone saying “Hey Siri, book me an Uber.” Then you will be asked to select UberGo or UberX, you need to select one of them. After you select it your location will be detected automatically and Siri will show you the details of nearest cabs with estimated fair. You can confirm the ride or cancel it.

2. Send a message or make a call on WhatsApp

Now you can send a WhatsApp message and make a WhatsApp call with the help of Siri without actually opening WhatsApp. All you need to do is just activate Siri and tell to make a Whatsapp call or you can also dictate a message to any of your friend. Basically, what you need to do is, to make a call and mention your WhatsApp friend’s name and say call James(example James is my friend), Also you can tell send a message to James. Now if you have two or more people with the same name, you’ll get an option of a list, select the appropriate person and that’s it.

3. Siri will tell who’s calling you

Have you ever installed those advertisements apps to just listen to your name, when you’re driving? Well, uninstall them right now. Your personal assistant, Siri will notify you about the caller by telling the name, when you’re driving. To activate this all you need to do is, go to Settings > Phone > Call > Announce Calls, and choose if you want Siri to Announce Calls.

Siri suggests you things like QuickType suggestions when you’re typing a text using a built-in keyboard. You will see contacts suggestions, recent addresses and things like that depending on what you are writing. Also, Siri will suggest some apps on the bottom of the screen, which will help you in performing the present task.

5. Siri will be your perfect partner while driving

Now you can adjust your car temperature or radio settings, just by a voice command. Siri is much more helpful with car play now. Since it is integrated with third party apps, now you can make a Skype call. 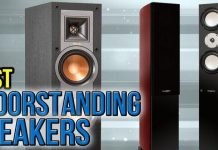 Why Skyworth or Konka Could Be Your Next OLED TV.