After thousands of complaints and issues regarding the explosive Samsung Galaxy Note 7, now you might be thinking to replace your Note 7, yeah, of course, you should replace, go to your near Samsung outlet and ask for the refund.

After getting the money back you will have 5 different companies smartphones, which are high configured as Note 7, all the listed below smartphone will be empowered with amazing performance.

This Google made the first smartphone is quite impressive in terms of updated OS as Android 7.1, this phone is only a millimeter taller with a bit wider than the Note 7, as it is from Google we will be aware if any latest version of any OS arrives in Pixel XL and yeah it’s not that curve as Note 7, it is 5.7-inch screen with 12MP camera.

Also Read: Top 12 Android Necessary Feature That Everyone Should Use

Many Samsung users are still loving the Galaxy series and we have similar phone to Note 7, Galaxy S7 Edge is the best in all way except the touch S Pen, but still it has many similar features to Note 7, even the price is slightly less, you can purchase S7 Edge from where you purchased Note 7.

Samsung users not shifting to another brand, why don’t you try the similar phone of Note 7 as HTC 10, it has aluminium unibody design with amazing sound (speaker), speaking about the camera: it is a rival of Note 7 in most features, this phone is special for Gaming and Music lovers.

HTC 10 is among the Top HTC smartphone with several striking colors, have a look at its specifications and you will be impressed.

LG V20 will arrive in the U.S. by the end of October 2016, as per the source the new phone will have same features as Note 7 have, basically the Camera, GPU, performance and overall body. It is sure that it will not have that S Pen as Note 7 but every phone really have its own definition.

It has its own unique feature that is the second screen above the main display along with a second wide-angle camera lens on the back, it will be loaded with Nougat 7.0 and Google will not ship the first 7.0 Nougat.

If you are returning your $850 Note 7 then it’s a good choice to replace with OnePlus 3 having $400, OnePlus 3 having amazing features and specification, with the half of the cost you will not have that S Pen technology but for sure you will have fantastic features, grab this phone. 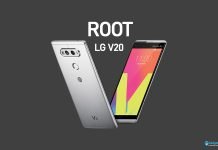 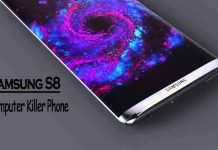 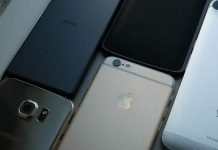