The latest smartphones came our way from OPPO are the Reno 4 and the Reno 4 Pro. They are considered to be the company’s current flagship models. Apart from this, the manufacturer has also announced a few mid-range and low-end handsets from the A series. But if you think OPPO will stop here, you are confused. Today, two new OPPO smartphones with model numbers of CPH2089 and CPH2091 have passed through Bluetooth certification. Simply put, in the nearest future, we will see at least two new devices.

Unfortunately, there is not much information we can see in the document. The only features visible in the Bluetooth certification document are Bluetooth 5.1 wireless connectivity, dual-band WiFi, 5G network support, and ColorOS 7.2. Looking at these specs, we can assume the upcoming OPPO smartphones are going to aim at the high-end and/or the mid-range markets. However, we can’t say which series they will belong to.

New headset besides the OPPO smartphones

By the way, yesterday, we reported that a new OPPO headset namely the OPPO Enco W51 visited the Bluetooth SIG database as well. The latter was launched in China along with the OPPO Reno 4 on June 8. The new earphones carry exquisite features like support for 7mm audio drives, IP54 rating, and support for low-latency of 94ms. The powerful and useful earbuds appear to soon make debut in Europe as confirmed by the OPPO at its launch in China.

Combining these two, we can say these OPPO smartphones may be the Reno line models. We mean most likely the already-launched OPPO Reno 4 series and the OPPO Enco W51 TWS have been certified for the other markets (Europe). 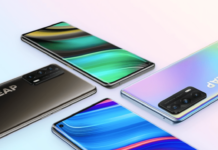