Uber To Pay Penalty: Uber ride-sharing and technology company which has been accused by the Public Utility Commission to carry on without a license in Pennsylvania. After getting a strict order in 2014, the Company was ridesharing without a license for several months.

The Pennsylvania Public Utility Commission one to four Thursday morning to make the PUC settle up with the payment. After many arguments, the Commissioners agree from the original $11.4 million that reduces to $3.5 million penalties.

As the fine settle to pay Uber less than a third of the original fine. Then also it is the largest fine in Pennsylvania by the government body. It is a lesson to all the Pennsylvania’s electric and gas utilities, water companies and taxicab operators.

The Commissioner, John F. Coleman Jr. was not satisfied with the punishment given to Uber-Company. He said that the fine issued is not worth the deeds of the company. The Company should have paid a large fine for the illegal performance they have done. He also added that the fine charged last year was the correct. The amount charged was $11.4 million. The company has the power to pay a multimillion-dollar fine operating but they negotiated with the settlement.

Uber and Lyft started the ride service together in Pennsylvania in 2014. They both started without a license. In 2015, Lyft already settled with the PUC for $250,000 license but Uber ignored it.

Both Uber and Lyft began offering rides in Pennsylvania in 2014 and did so without state approval. While Lyft settled with the PUC for $250,000 in 2015, Uber did not. Though, the company operating $11.4 million dollars. Commissioner Robert F. Powelson said $3.5 million fine is very excessive. Previously, when Uber and Lyft started TNC service, there was no proof whether both the companies are illegal or not. There was no Pennsylvania law or any Commission’s regulations addressed TNC service in late 2014.

A member of Uber said that they are happy with the settlement with the PUC. In November 2016, the Governor Tom Wolf has already approved the ride-sharing law. Now, Uber is a licensed TNC operator according to PUC rules. In Pittsburgh, the company is more attentive for operating on its autonomous vehicle technology. Uber has got 45 days period for paying the fine to the Pennsylvania’s general fund. 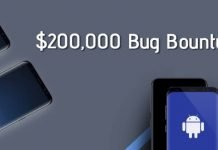