Vivo V20 Pro 5G smartphone will be launched in India on December 2nd. The device will be the third smartphone in the V20 series after Vivo V20 and Vivo V20 SE. Earlier today, renowned leakster Debayan Roy of Gadgetsdata shared a post via Twitter. The post mentioned that Vivo V20 Pro 5G will be priced similar to OnePlus Nord. 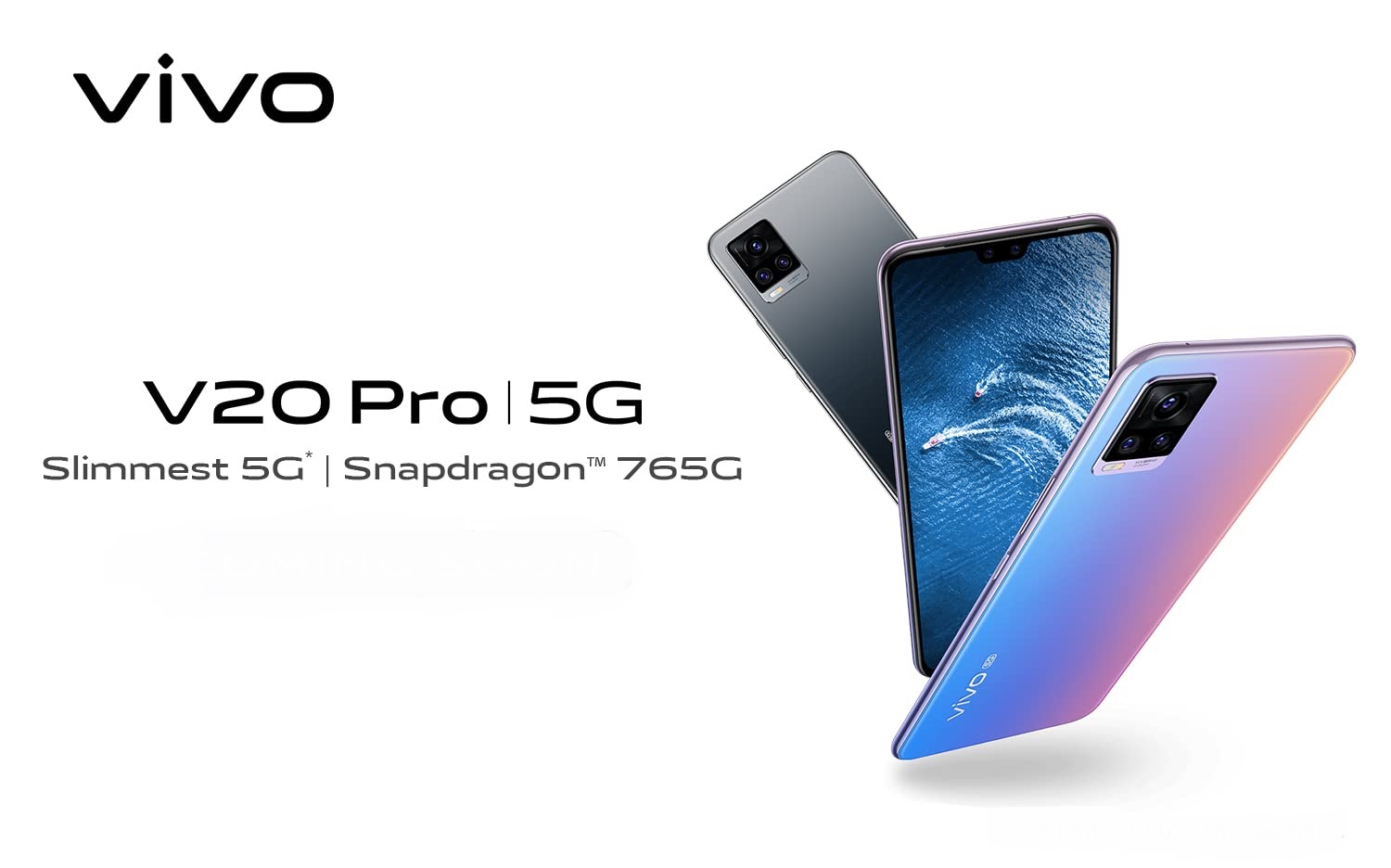 According to his tweet, Vivo V20 Pro 5G will compete with OnePlus Nord. He further claimed that during the launch event, the company will focus its comparison with the OnePlus Nord Nord and the Samsung M51 smartphone.

All of the above smartphones are equally powerful, but technically only OnePlus Nord can head with the Vivo V20 Pro 5G. The Samsung M51 falls short with its Snapdragon 730 chipset because it is underpowered as well as lack 5G support.

The Vivo V20 Pro 5G is powered by the Qualcomm Snapdragon 765G chipset. It is coupled with 8GB of LPPDR4x RAM and 128GB of internal storage. The device will come with FunTouch OS 10 out of the box based Android 11 OS. In addition, the device draws its power from a 4,000mAh battery which supports 33W fast charging.

Moving towards the front, the device has a 6.44″ FHD+ AMOLED display. It supports 1080 x 2400 pixels resolution along with 20:9 aspect ratio. It comes with an in-display fingerprint scanner.

For optics, the device house a triple camera setup at the rear which includes a 64MP primary camera, an 8MP Ultra-wide lens, and a 2MP mono sensor. Whereas at the front, it houses a dual-camera setup which comprises of a 44MP primary sensor and an 8MP ultra-wide shooter.

Additionally, the device will be available in Midnight Jazz and Sunset Melody colour variants. It is rumoured that the device will be priced somewhere around Rs 29,990 (approximately $406). Whereas, pre-orders have reportedly started in the offline markets in India. The smartphone will be sold online exclusively via Amazon. It will come with 10% cashback offers from ICICI credit and debit cards, ZestMoney Finance, Bank of Baroda credit cards.