Vivo launched its IQOO subbrand about a year ago and since then they made a handful of high-end devices. The specifications it offers as per its pricing have been on point and helped them generated quite a buzz among the consumers. It’s safe to say the company is willing to explore different products as per the recent reports which suggest trademarks again its IQOO PAD and IQOO Book.

The trademarks for IQOO BOOK and IQOO PAD were applied back in June and they finally received a green light. Very soon they will start to venture the PC and the Tablet category with their new products.

Surprisingly, Vivo has also proposed to trademark NEX Book and NEX Pad. Official details about these are still underway, along with launch date and specifications.

This will be the third mobile brand after Xiaomi and Huawei who is willing to join the PC category. As Xiaomi and Huawei have been successful until now in their home market with their extremely value for money PCs. Both of them are currently venturing plans outside China. With Xiaomi launching its laptops in India last month and Huawei’s Honor setting a date to reveal its laptops sooner. It is already the right time for Vivo to tap into this category.

IQOO is currently focused on its IQOO 5 series, which is touted to be a flagship device. The phone is confirmed to feature a 120Hz display refresh rate, the snapdragon 865 SoC with a 4000mAh battery which will support 120W fast charging.

However, these are all speculations based on a leak as there isn’t any official statement from the company’s end. 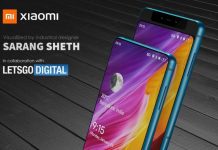