Xiaomi regularly launches innovative smartphone models. The Mi MIX Alpha with a wrap-around display has an eye-catching and innovative appearance. The dual-folding foldable smartphone is also impressive. Xiaomi likes to experiment with flexible displays, which creates a new way of operation and brings a completely different user experience. 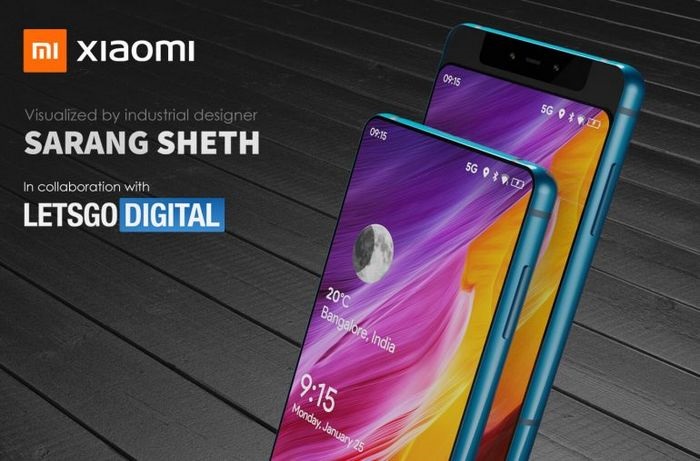 The new patent now shows that Xiaomi is exploring the possibility of developing a smartphone with a flexible display that uses a sliding mechanism to hide the selfie camera.

According to LetsGoDigital, Xiaomi has applied for an “electronic device” patent, which was published by WIPO (World Intellectual Property Office) and USPTO (United States Patent and Trademark Office) on October 29, 2020. The smartphone in the patent uses a retractable sliding screen, which covers most of the entire front, bottom and back. 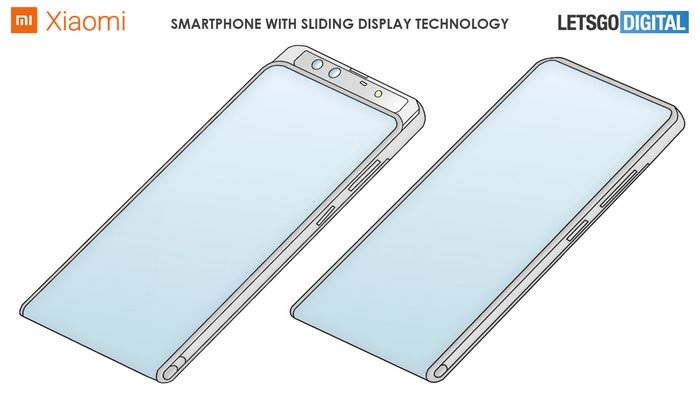 In order to visualize the patented technology, graphic designer Sarang Sheth collaborated with LetsGoDigital to create a series of product renderings based on Xiaomi’s patents.

The entire front of the Xiaomi smartphone in the patent is composed of the screen surface, and the three sides of the screen are very narrow, and the front camera cannot be seen. Through the sliding mechanism, the flexible display can slide down 2cm from the front. So the front camera system is exposed. At the same time, the bottom of the device will also extend simultaneously to provide space for a flexible display.

To achieve this, the monitor is placed on a stand, which moves on a slide rail. This rail system is installed in the lower half of the housing and allows the flexible display to move. This track system can also ensure that the phone extends from the bottom to the pull-out position.

The sliding mechanism can have different operating modes. The user can tap the screen, and then the flexible display screen starts to move in the desired direction. In addition, the sliding function can be controlled by voice commands.

As long as you extend the display screen, you can see the camera system, which integrates a selfie camera, as well as an ambient light sensor, a distance sensor, and a dot projector.

The screen is fixed by two (electro) magnets. So it will not accidentally fall when shooting. The positioning of the magnet ensures that the screen can automatically slide open and close to a certain extent. The half-open position does not exist. It’s either open or close.

The rear screen is smaller than the front display, which leaves enough space at the top for the rear camera system. By providing a screen also on the back, theoretically, there is no need to implement a selfie camera. You can take selfies with the main camera, and the screen on the back can be used as a viewfinder.

Whether Xiaomi will use the patented technology in commercial products is still unknown.