Last year, Xiaomi showcased a prototype of a double foldable smartphone. Since then, the company has got silent about its development. However, last month, some information came our way from Korea. We learned that Xiaomi will present a foldable phone in the second half of 2020. The source also claimed it will be a clamshell model. So, it indicated the upcoming Xiaomi foldable smartphone will compete with the Samsung Galaxy Z Flip and the Motorola RAZR.

Just recently, LetsGoDigital found a patent document that showed this folding phone may also have a rotary camera. Today, the same source found another patent, showing a Xiaomi foldable smartphone, which has a similar camera system. 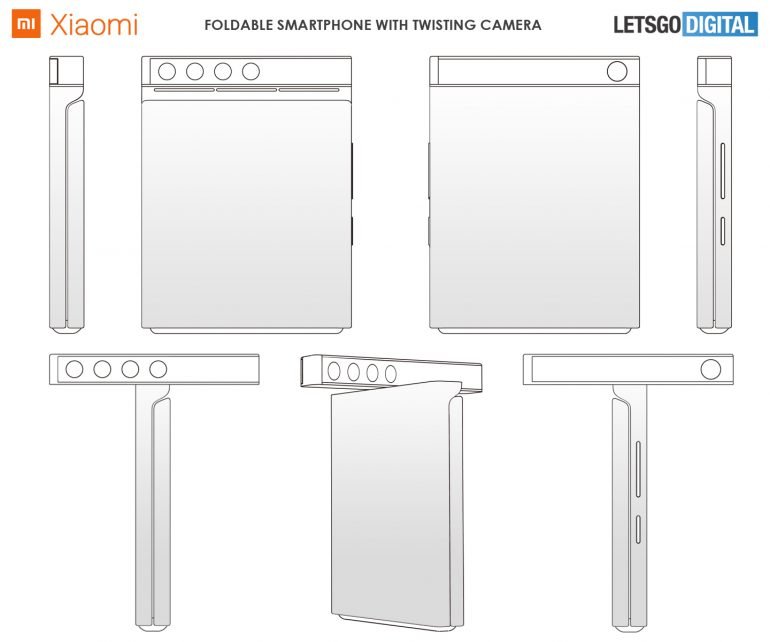 This patent application was filled in November 2019. There are 48 enclosed product images showing that the horizontally placed camera system can rotate. As you can see, this makes it extra versatile in use.

When folded, the Xiaomi foldable smartphone will be quite compact and have almost a square shape. The camera system has exactly the same thickness as that of the folded device. The quad-camera module is located horizontally on the side. And another single-camera is placed on the opposite side. The rotatable camera also means you can take high-resolution selfies.

As for the rest of the design elements, we can see the receiver is placed directly under the camera. However, it’s not rotatable. Once unfolded, the camera system protrudes slightly forward. 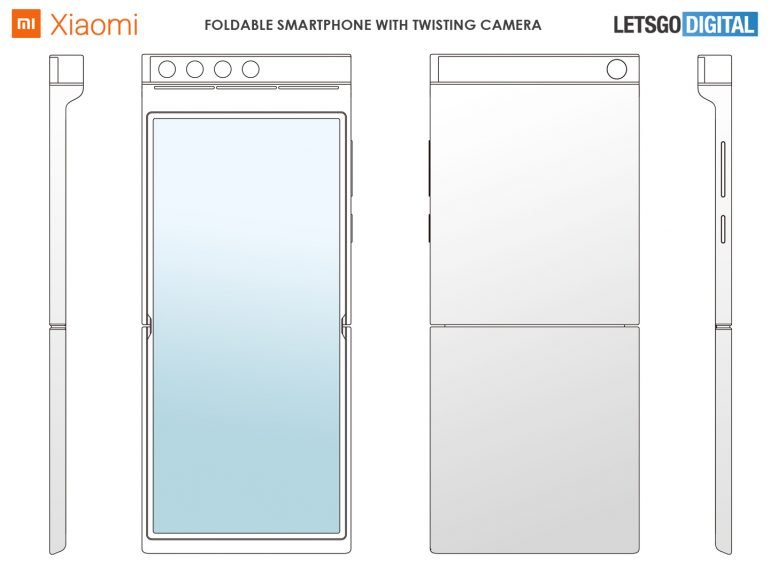 This design has a certain advantage. That is the camera system remains usable even when unfolded. We mean the manufacturer doesn’t have to make a notch or perforation in the screen for the selfie camera.

One thing we can’t confirm is whether the Xiaomi foldable smartphone has a secondary display. Personally, we think it’s useless because all the previous models with a similar design failed. So Xiaomi shouldn’t repeat the same mistakes.