Last month, LetsGoDigital showed a patent for a Xiaomi full-screen smartphone. Interestingly, two circles were placed on the top of the phone. Its function was unknown. At the time, the source speculated that it was a camera system or speakers.

As for today, Xiaomi has given more information about the patent in the WIPO (World Intellectual Property Office). A total of two patents are involved. The first mainly shows the phone design, and the second provides an explanation of additional accessories. The document was submitted early this year.

Xiaomi’s patent description explains the function of the two holes on the top of the phone. It turns out they are actually used to place headphones. Xiaomi’s second patent description refers to the ‘headphones’. Therefore, the two mysterious circles on the top of the Xiaomi full-screen smartphone are used to place the wireless headsets. This is quite convenient for users to store when the headset is not in use, similar to Samsung’s S Pen stylus. 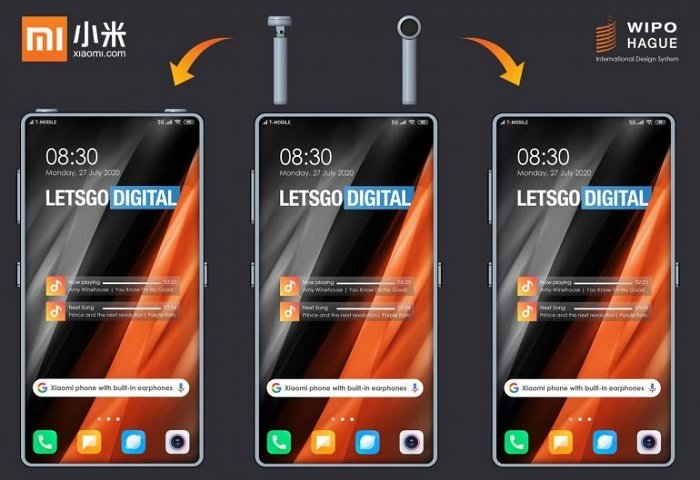 It is not clear whether Xiaomi intends to release a smartphone with built-in earphones. However, this structure also has disadvantages. As you understand, the headsets will occupy a lot of space.

Going back to the patented Xiaomi full-screen smartphone itself, it has a metal frame, which is relatively square. The screen frame is very narrow. There is no bangs, and it adopts a full-screen design.