Today, i.e., on September 3rd, Xiaomi has launched a new smartphone under the Redmi brand in India. The brand has unveiled the successor for the Redmi 9 Prime, which is the new Redmi 10 Prime. The new device also has a punch-hole display over the older device. Interestingly, the device features better specifications than other phones in the segment. If you are thinking about the difference between the global Redmi 10 and the Indian Redmi 10 Prime, the sole difference lies in battery capacity. The Redmi 10 Prime runs on MIUI 12.5 on top of Android 11. 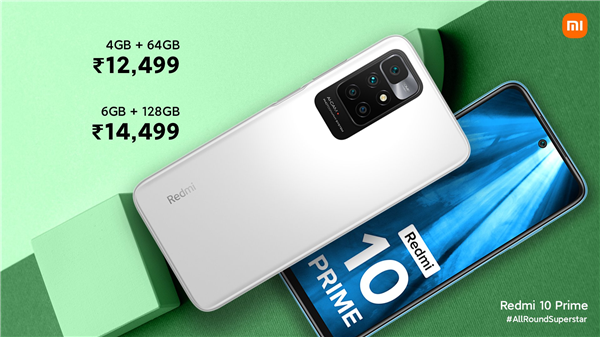 The pricing of the base variant, which has 4GB of RAM and 64GB of storage, starts at Rs 12,499. It converts to USD 172 and 1103 Yuan, respectively. At the same time, the top-end model with 6GB of RAM and 128GB of storage is priced at Rs 14,499. And the same converts to USD 199 and 1280 Yuan, respectively. The brand offers the new Redmi 10 Prime in three different color options. These are the Phantom Black, Astral White, and Bifrost Blue. Xiaomi said that the device would be available on Amazon.in and mi.com, Mi Home stores, Mi Studio, and retail stores. You can purchase the device starting from September 7th. 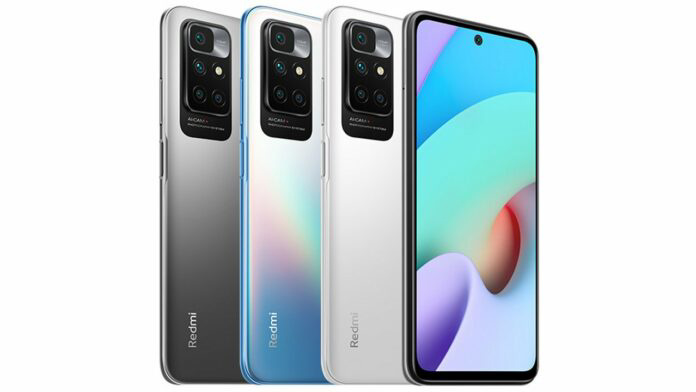 The Redmi 10 Prime features a 6.5 inches FHD+ IPS LCD display with 2400 x 1080 pixels resolution. The display has a refresh rate of 90Hz, which is an adaptive refresh rate display. It has a peak brightness of 400 nits and gets protection from the Corning Gorilla Glass 3. Underneath the new device, it sports the new MediaTek Helio G88 processor. The SoC is built on the 12nm process and features the Mali G52 GPU. It is an upgraded SoC over the Helio G85 and supports higher refresh rate panels. As said above, it comes with 4 & 6GB of RAM and 64 & 128GB of storage. Further, the smartphone also has a microSD card slot where you can expand the storage space. 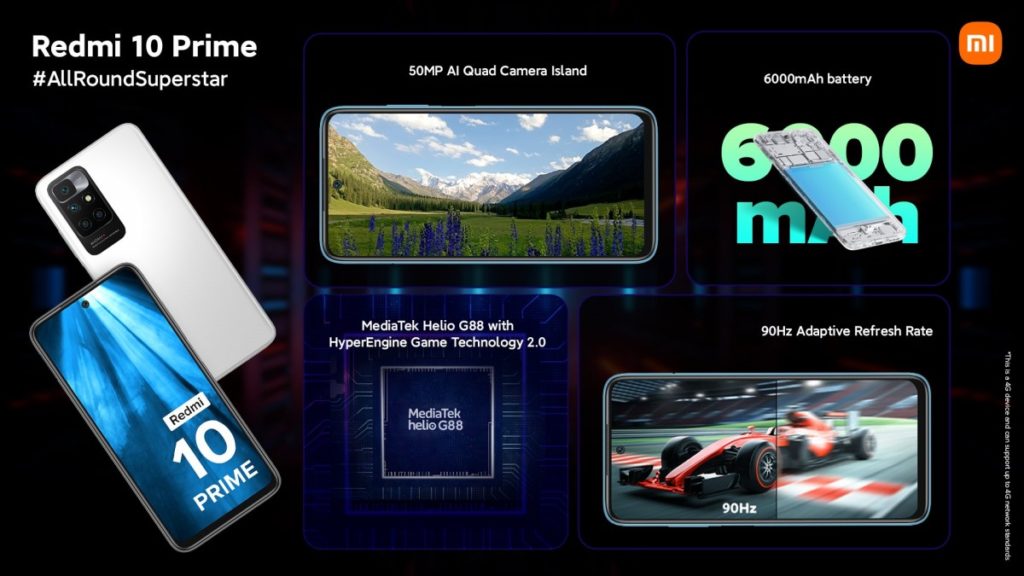