Earlier today, Xiaomi has launched a new concept product named Xiaomi Smart Glasses Explorer Edition. It is the first eyewear from the brand and looks almost the same as ordinary glasses. But it comes with a magical experience, i.e., it features sensors and an imaging system to enable various intelligent features that include navigation and real-time text translation. Xiaomi said that “Wear it, and the picture is vivid in front of your eyes.” 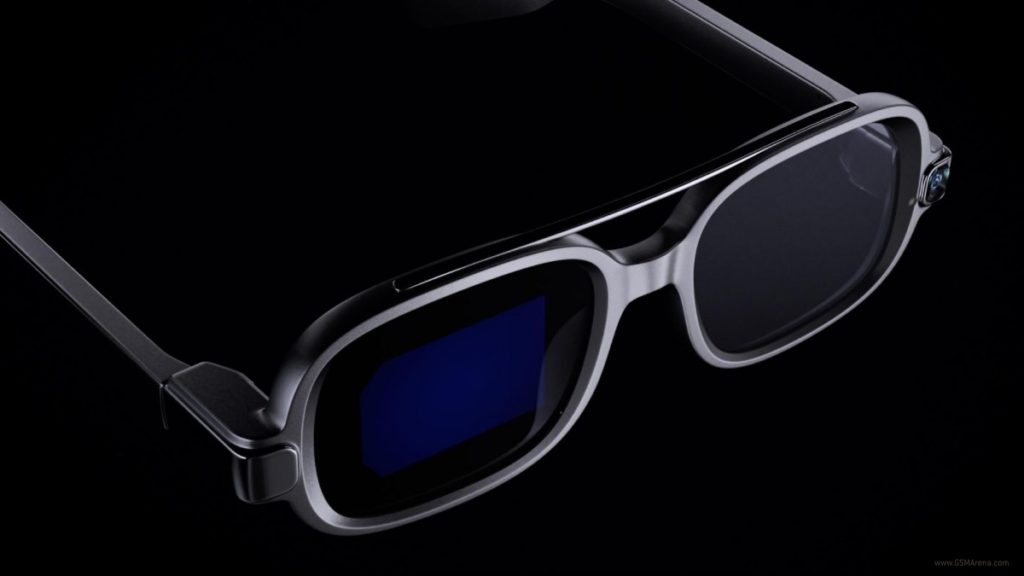 According to the brand, the Xiaomi Smart Glasses Discovery Edition uses a MicroLED light optical waveguide technology to hide the sesame-sized MicroLED microdisplay in the frame. The advanced light guide lens allows the light to realizes the space and transfer the picture vividly in front of the eyes. It makes these smart glasses truly miniaturized. The whole machine weighs around 51grams. With the new technology, it will display calls, notifications, navigation using augmented reality (AR), capture photos, and translate in front of your eyes.

The brand also added that to achieve a similar appearance to ordinary glasses, they had to pass through unprecedented challenges to the display and stacking. For this specific reason, they chose the future-oriented MicroLED display technology, which will help them reduce the structural volume. The display screen is as large as sesame, perfectly hidden in the frame. It has a squarish frame with a band running on the top of the same.

The display has sufficient brightness to ensure that the light reaches the human eye through the complex optical structure. It uses a pure green display solution with higher luminous efficiency. And the brightness of the same can reach 2 million nits. Although it is self-luminous with OLED. It has a longer life span because it uses inorganic materials.

More about the glasses! 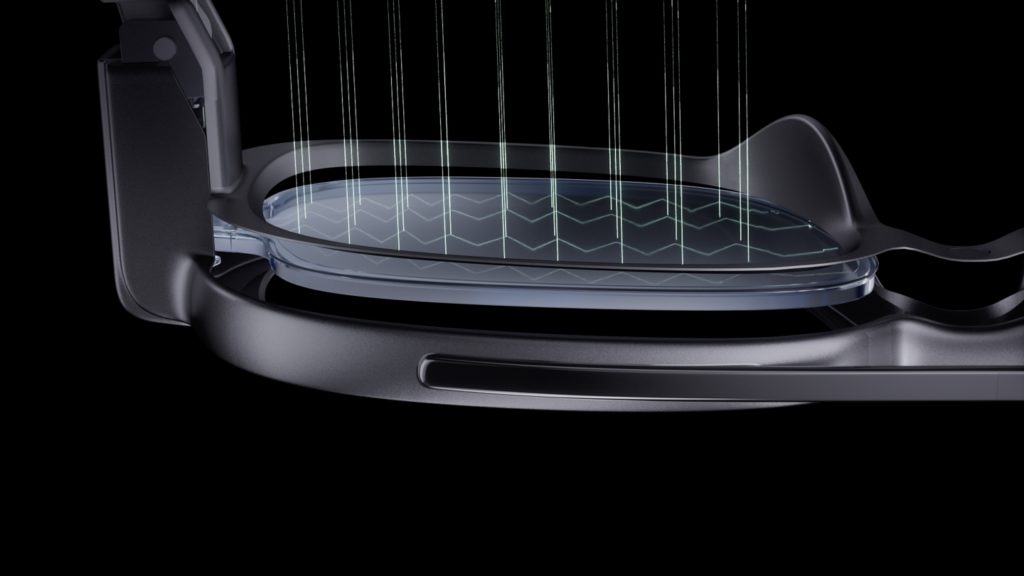 As we said, it uses the Optical Waveguide technology, a black technology that twists the light by 180 degrees. The MicroLED screen image is hidden in the glasses frame that can be accurately transmitted to the human eye through countless reflections and diffusions through the microscopic grating structure of the optical waveguide lens.

The grating structure attached to the lens’s inner surface allows the light to be totally reflected uniquely by directing the light to the human eye. The reflection process is accompanied by countless times of light diffusion. It allows the human eye to see the image from the entire grating area, significantly expanding wearing tolerance. 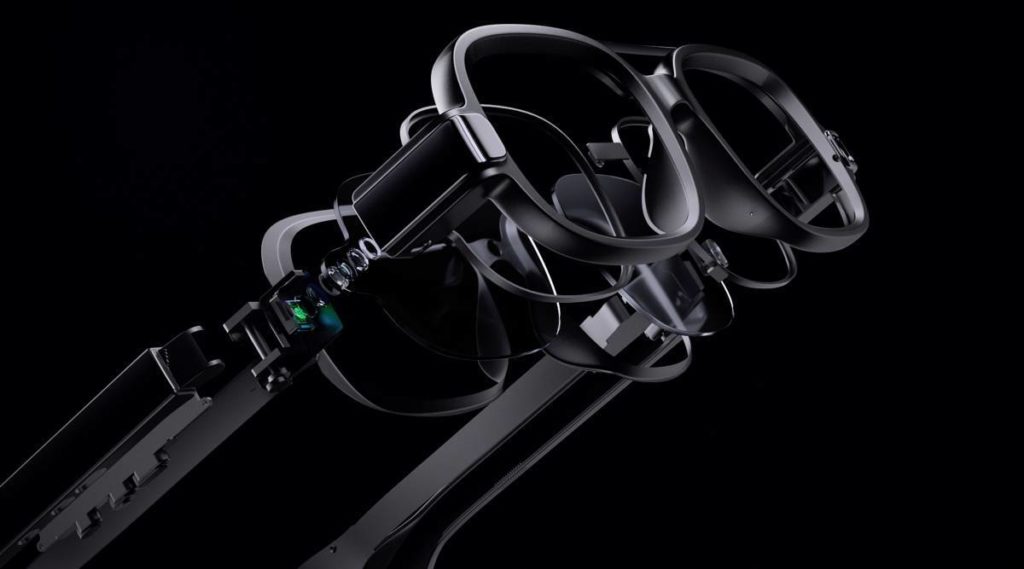 Xiaomi has done all these inside a single lens instead of using complicated multiple lenses, mirrors, or half mirrors like existing products in the market. While the optical waveguide technology significantly reduces the size and weight of the device, it is also the only technology that allows smart glasses to use the form of traditional glasses.

The Xiaomi smart glass integrates 497 micro-sensors and communication modules. So, it is not just the “second screen” of the mobile phone. But it is a brand-new smart terminal with an independent operation, in addition to the primary notification display, call, and other things. It can also independently complete functions such as navigation, camera, teleprompter, image, and self-developed voice real-time translation. Due to the particularity of the glasses, Xiaomi has also formulated key interaction logic, which will usually try to avoid interruptions and display important information promptly at critical moments.

Say, for example, with the “information notification” function, it is obviously inappropriate to throw all the push notifications on the mobile phone in front of your eyes. Therefore, Xiaomi smart glasses will only screen the most important messages. These include smart home alarms, urgent information from office software, and from VIP contacts. It also includes People’s information to avoid alarming users. 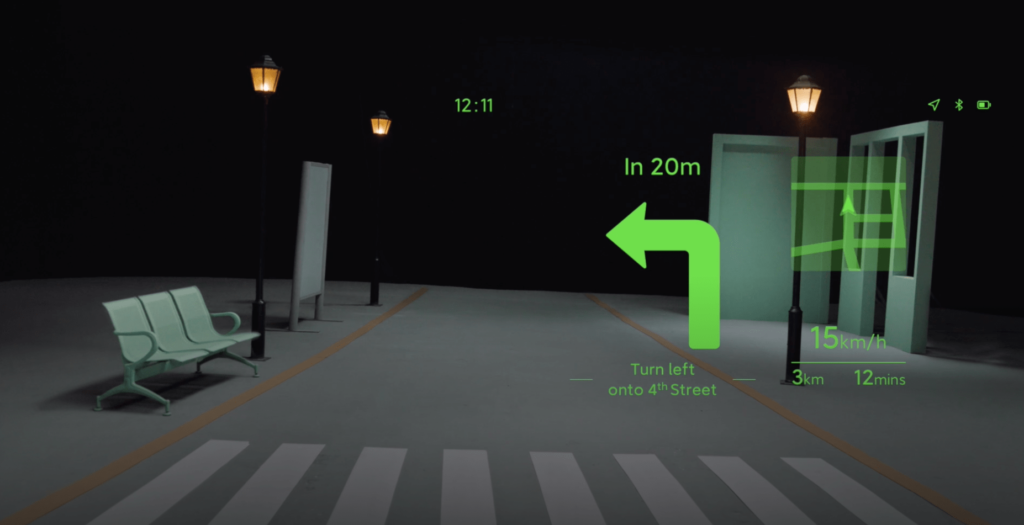 The most crucial helpful scenario is the “Call” for smart glasses. You can directly see the other party’s number when you call. And use the built-in dual-beamforming microphone and speaker so that both parties can hear each other clearly. The navigation is very much practical during driving and cycling scenes. These Xiaomi smart glasses present the road and map in front of you in real-time. The advantage of these is that you don’t have to keep your eyes off the road. It is safe and convenient to use.

Further, using the camera in front of the glasses, you can also realize the functions of fast “photographing” and “photographing translation.” The new intelligent glasses use the “real-time voice translation” function. It uses the built-in microphone and the self-developed algorithm of the machine translation team of Xiaomi AI Lab. That is, it will convert what you say into text and will be translated in real-time. It is very much convenient while traveling.

Availability of the product!

Further, the indicator light will also light up when the camera is working to remind the subject to protect privacy. To achieve the above-said functions, the glasses integrate a quad-core ARM processor. A battery, touchpad, Wi-Fi & Bluetooth module, and many other things. It runs on the Android operating system and has a 5MP sensor to shoot pictures. The glasses also use XiaoAI AI assistant for voice commands. Further, this is a concept product. Xiaomi has not yet announced when this product will be available on the market.