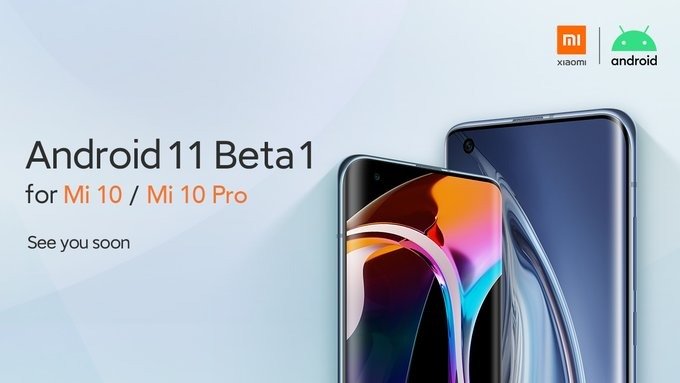 Moreover, the users can expect a stable Android 11 update on these devices earlier than the other smartphones. The new update will be based on the MIUI custom skin as the Oppo promised the update via its custom Android Skin i.e ColorOS.

Xiaomi made the new announcement via MIUI and Poco official Twitter handle. It is good news for the users of both the devices, as they need not wait for such a long time,

However, there’s no information whether the new Android 11-based MIUI will be called MIUI 12 or there will be a different version. Everything thing will be cleared in the upcoming few weeks. In total, Xiaomi is providing Android 11 beta to four Android smartphones including Xiaomi Mi 10, Mi 10 Pro, Poco X2, and Poco F2 Pro.

There are many new changes, that are part of the Android 11 beta build. It packs native screen recording, muting notifications during the video, the ability to increase touch sensitivity, notification history, and auto revoke app permissions. The whole design is tweaked with improved and modified User Interface. The users will also get upgraded voice access capabilities, motion sense options, and Bluetooth keeps working even on flight mode.