Today, Xiaomi officially stated that they had spent too much money on making a new-class smartphone screen. And as you guess, it will debut with the Xiaomi Mi 11. Moreover, Lei Jun said that this is going to be the best screen ever used on Mi smartphones. It may also be the most expensive screen in the industry. 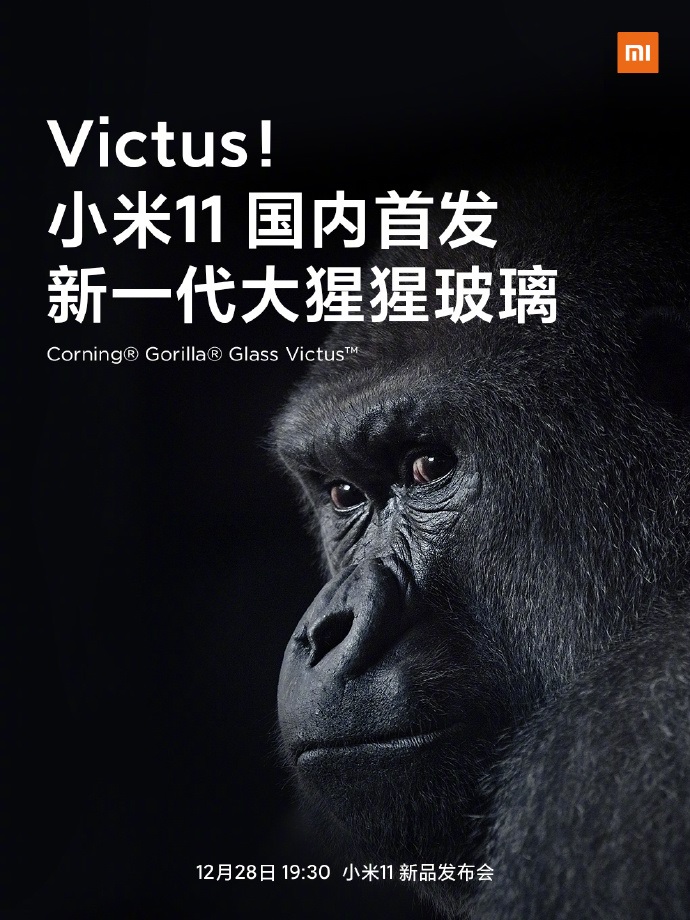 At the same time, Xiaomi also stated that the Xiaomi Mi 11’s screen will be protected by the new generation of Gorilla Glass, named after Victus. In Latin, Victus means: face the challenge and keep going. This generation of products is not a simple “seventh generation”, but a cross-generational transcendence. Anti-falling and scratch-resistant double breakthroughs make the Mi 11 stand up to beatings and bear heavy pressure. It is the toughest Gorilla Glass yet!

According to the previously exposed news, the Xiaomi Mi 11 series will include at least two versions of Mi 11 and Mi 11 Pro, and will continue to adopt the hole-punch full-screen solution. The Mi 11 will use a hyperboloid screen, while the Mi 11 Pro will sport a 2K quad-curved screen. It will support a 120Hz refresh rate as well as a native 10bit color depth display.

Judging from the real machine photos of Mi 11 previously leaked, the Xiaomi Mi 11 basic version uses a blue gradient back shell, and the rear camera layout uses a square design with two large sensors and a small sensor above the LED light.