The Xiaomi Mi Band 5 has been on the market for a while. But as usually happens, there have been some bugs and missing features. Today, as the company proves all known bugs or the vast majority of those issues should be sold through an OTA update. It turns out Xiaomi Sports is getting the 4.5.0 version update, which optimizes the user experience and fixes known bugs. At the same time, the NFC version of Mi Band 5 already supports UnionPay card payment. 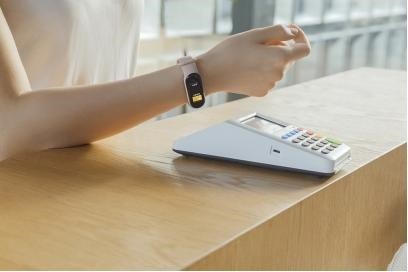 According to users’ feedback, the bank cards temporarily supported by Mi Pay on the Xiaomi Mi Band 5 NFC version include:

As a quick reminder, the Xiaomi Mi Band 5 was officially released on June 11. It comes with a 1.1-inch AMOLED display. This is for the first time when a Mi band series bracelet introduces a dynamic display. It supports more than 100 themed dials and 11 professional sports modes. This smartband also comes with a magnetic charging solution. Thus, it solves the pain point of the previous generations. And the charging operation can be completed without disassembly and direct charging.

In its launch article, we also said that the bracelet houses an NFC UnionPay flash payment, professional sensors, new women’s health modes, and remote cameras. Apart from this, the Xiaomi Mi Band 5 will bring a more comprehensive heart rate and sleep monitoring. Due to the built-in high-precision sensors, it can also handle heart rate changes during exercise. They will provide more accurate data support for the wearer.