This afternoon, following the schedule, the Xiaomi Mi Band 5 is officially released. The new fitness band offers various new advancements at such a jaw-dropping price.

One of the most attractive features of the newly announced Mi band 5 is the support to switch between hundreds of dials. Also, there are various popular characters based dials such as Detective Conan, EVA, Hatsune Miku, Sponge Bob, etc.

There are various advancements in the Xiaomi Mi Band 5 in comparison with its predecessor. Among them, we can mention the support for 11 professional sports modes (rowing machine, skipping rope, yoga, elliptical machine, indoor riding, skipping rope, treadmill, outdoor running, swimming, etc.).

It houses an NFC UnionPay flash payment, professional sensors, new women’s health modes, and remote cameras. Apart from this, the Xiaomi Mi Band 5 will bring a more comprehensive heart rate and sleep monitoring. Due to the built-in high-precision sensors, it can also handle heart rate changes during exercise. They will provide more accurate data support for the wearer. 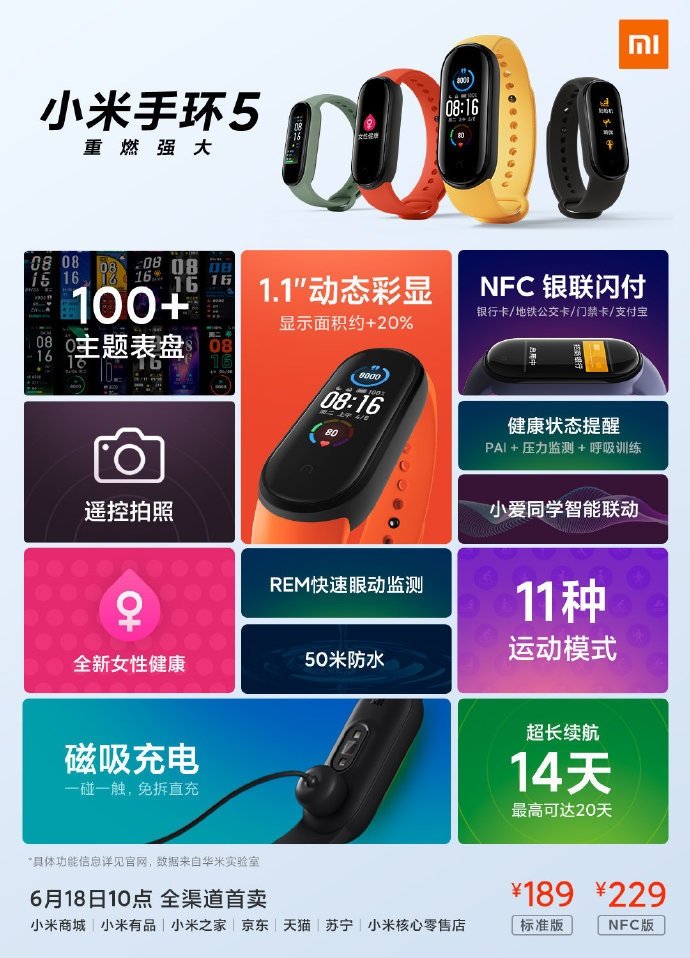 This smart band supports the binding of the Xiaomi Sports App and Xiaomi Wearable App (may need to wait for the upgrade). After binding, the App needs to be locked in the background to avoid being shut down by the system and causing disconnection with the smartphone.

Previously, it’s been announced this product will support blood oxygen saturation detection. But now, we learn that there is no such function.

Prior to this, we reported it will have at least 4 color variants. Now, we can say there are two times more options – Mi Band 5 is available in dynamic orange, vibrant yellow, graphite black, dark blue, bronze purple, deep space blue, lotus pink, and light green. 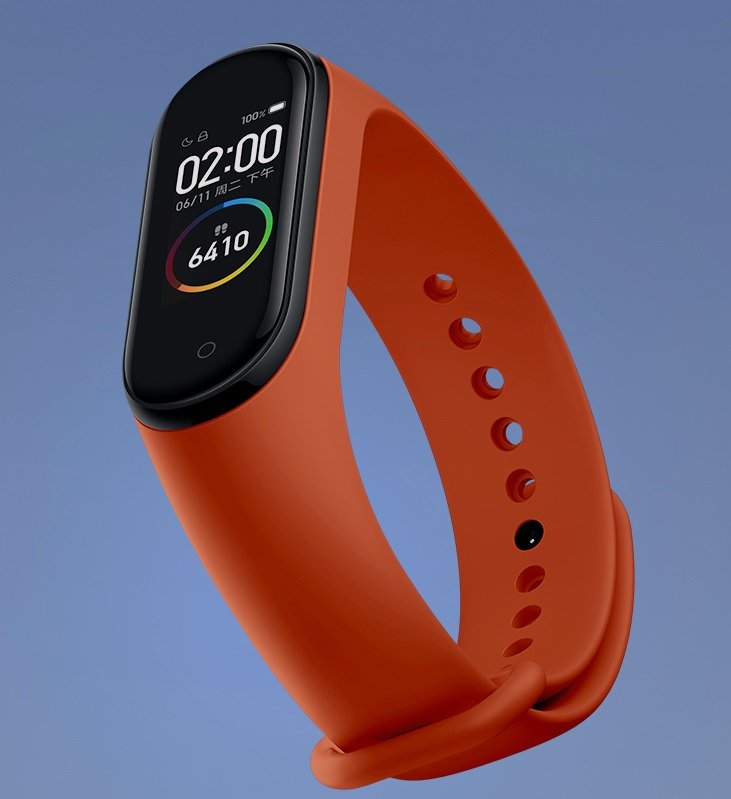 Our protagonist comes with a 1.1-inch dynamic color display. Thus, the display area is increased by 20% compared with the previous generation. 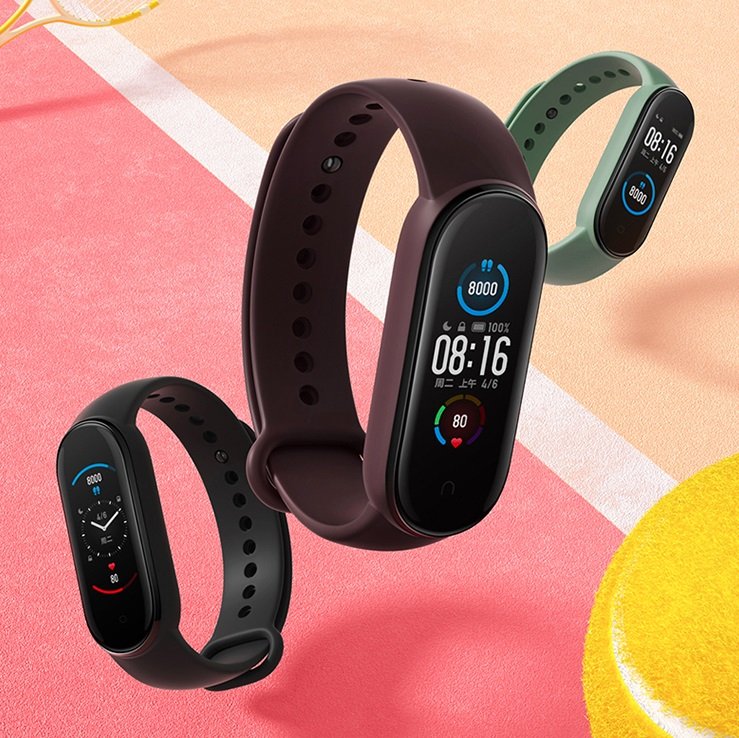 The standard battery life is 14 days, up to 20 days. It also supports magnetic charging. 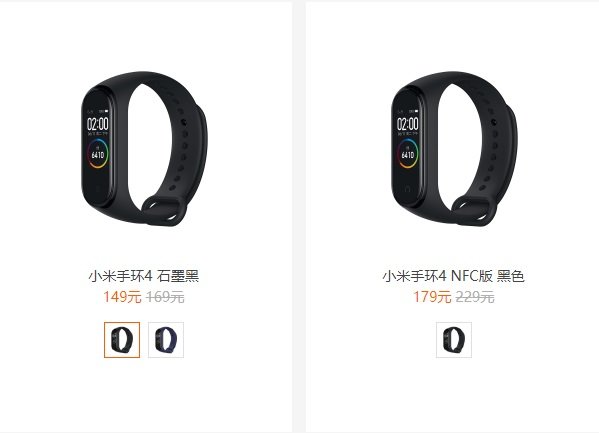