Earlier today, a couple of other spy photos of the upcoming Xiaomi Mi Band 5 has been leaked through Twitter. Also, the source claimed that ‘The battery life is further improved, using a plug-in charger’. 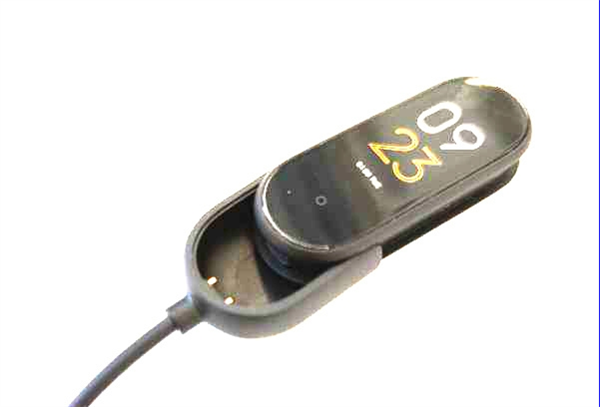 Judging from the spotted pictures, the Xiaomi Mi Band 5 uses an oval screen with a pure black design on the front to achieve a borderless visual effect. The upper part of the screen is the display area, and there is a “small circle” touch button in the lower part.

A few days ago, a set of spy photos of the Xiaomi Mi Band 5 was leaked on Weibo. It is rumored that the screen will be upgraded from 0.95 inches to 1.2 inches. Also, the middle and lower parts of the screen use circular hole to replace the button on previous models. 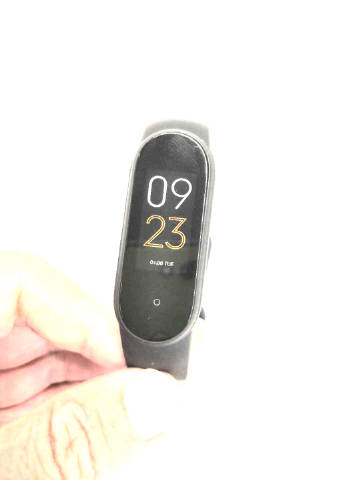 However, from the latest photos, we can see that the “hole screen” design does not seem to be adopted. Instead, the smartband still continues using the touch button. This is also reasonable. It is a product with a price of less than 200 yuan and millions of shipments. We mean the cost of using a hole screen is too high. And the function does not have much practical significance. So it’s senseless to use technology on a product that is very cheap.

Though recently, we have been talking only about its look, the Xiaomi Mi Band 5 is said to have many new and useful functions. The latest leak proves it will support SpO2 measurement (blood oxygen saturation) to enhance heart rate tracking.

The global version of the Xiaomi Mi Band 5 will get an NFC support. Previously, this feature was adopted for the Chinese version only. And now, the manufacturer has decided to add it to the global version as well. Apart from this, the fifth generation bracelet will have AI assistant support, especially Amazon’s Alexa. In the previous generations of products, the Chinese version has had an NFC function and provided a microphone for the digital assistant. But this was only suitable for the Chinese-speaking users because Xiaoai still doesn’t understand English well.