Xiaomi is working on the new Mi Mix 4 as revealed by a new account on Weibo. However, another leak related to Xiaomi Mi Mix 4 has appeared on Chinese Twitter aka Weibo revealing some new aspects about its display. Digital Chatmachine on Weibo revealed that the new smartphone will feature a punch-hole display along with a 120Hz refresh rate.

Moreover, the smartphone will be available into variants that are codenamed as Apollo and Verthandi. These are named after the three goddesses of destiny in Norse mythology.  Both the smartphones may be named as Mi Mix 4 and Mi Mix 4 Pro. Both these devices can be the high-end flagships that were touted by the Xiaomi founder and CEO – Lei Jun at the Xiaomi Mi 10 Youth Edition launch event.

However, it is not confirmed whether these would be the high-end flagship devices, or Xiaomi has something else in the bag.

The new smartphone will come with thin bezels and the highest screen-to-body ratio. The highly anticipated smartphone series from Xiaomi has not seen any new device for the last couple of years. Xiaomi Mi Mix 3 was at least a full-fledged Mi MIX device launched in 2018. 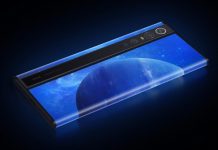 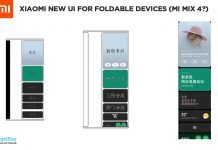