In September 2019, Xiaomi released the MIX Alpha smartphone, which is a particularly futuristic smartphone with a wrap-around display covering the front and back of the entire device. Plus, there are three camera sensors on the back. Although this wrap-around smart phone has not been officially launched, Xiaomi seems to be brewing follow-up products. 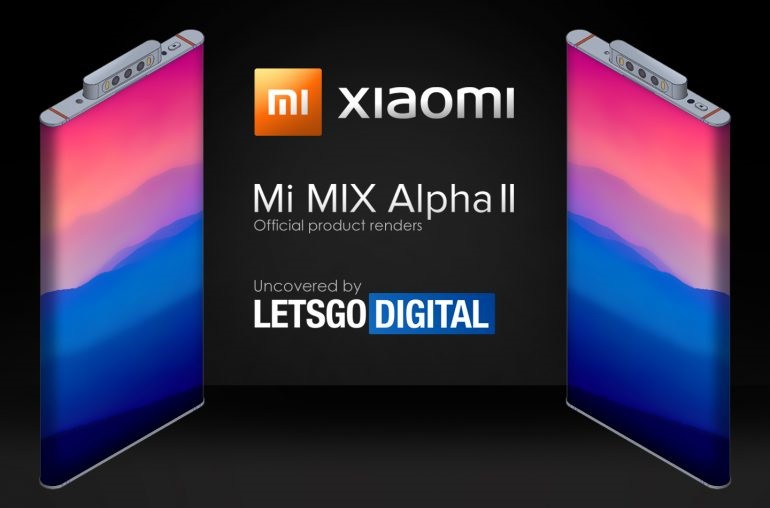 According to LetsgoDigital reports, in June this year, Xiaomi applied for a design patent in the Hague Bulletin under WIPO (World Intellectual Property Office). The document was published on December 18, 2020, and showed a high-end Xiaomi smartphone composed entirely of a display. In addition to about 16 patent sketches, the file also includes 4 color renders. 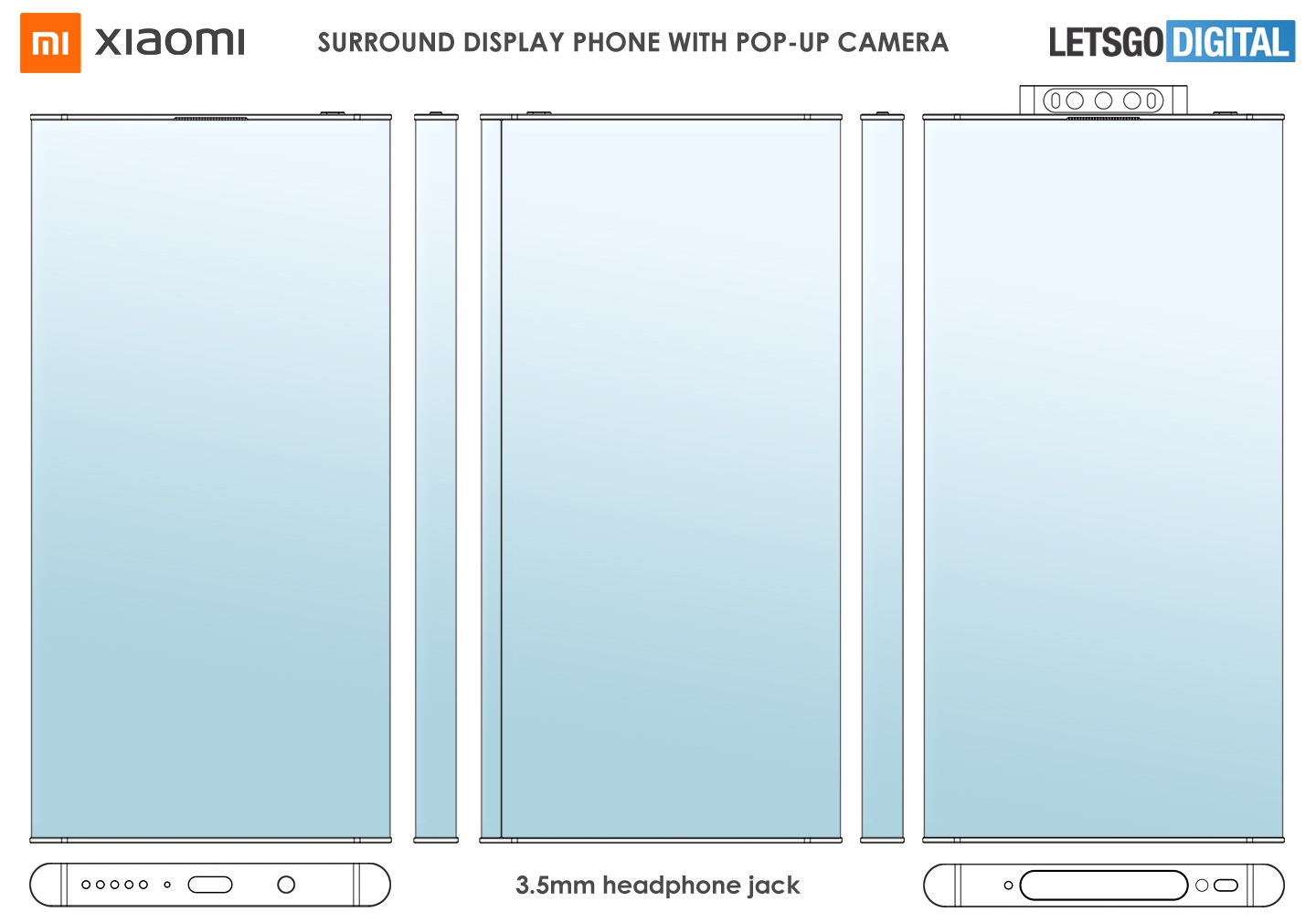 This patented smartphone looks very similar to the Mi MIX Alpha. But this time the entire back also comes with a display surface and no longer has a mullion. There is a vertical gap on the back, which is the joint of the screen. 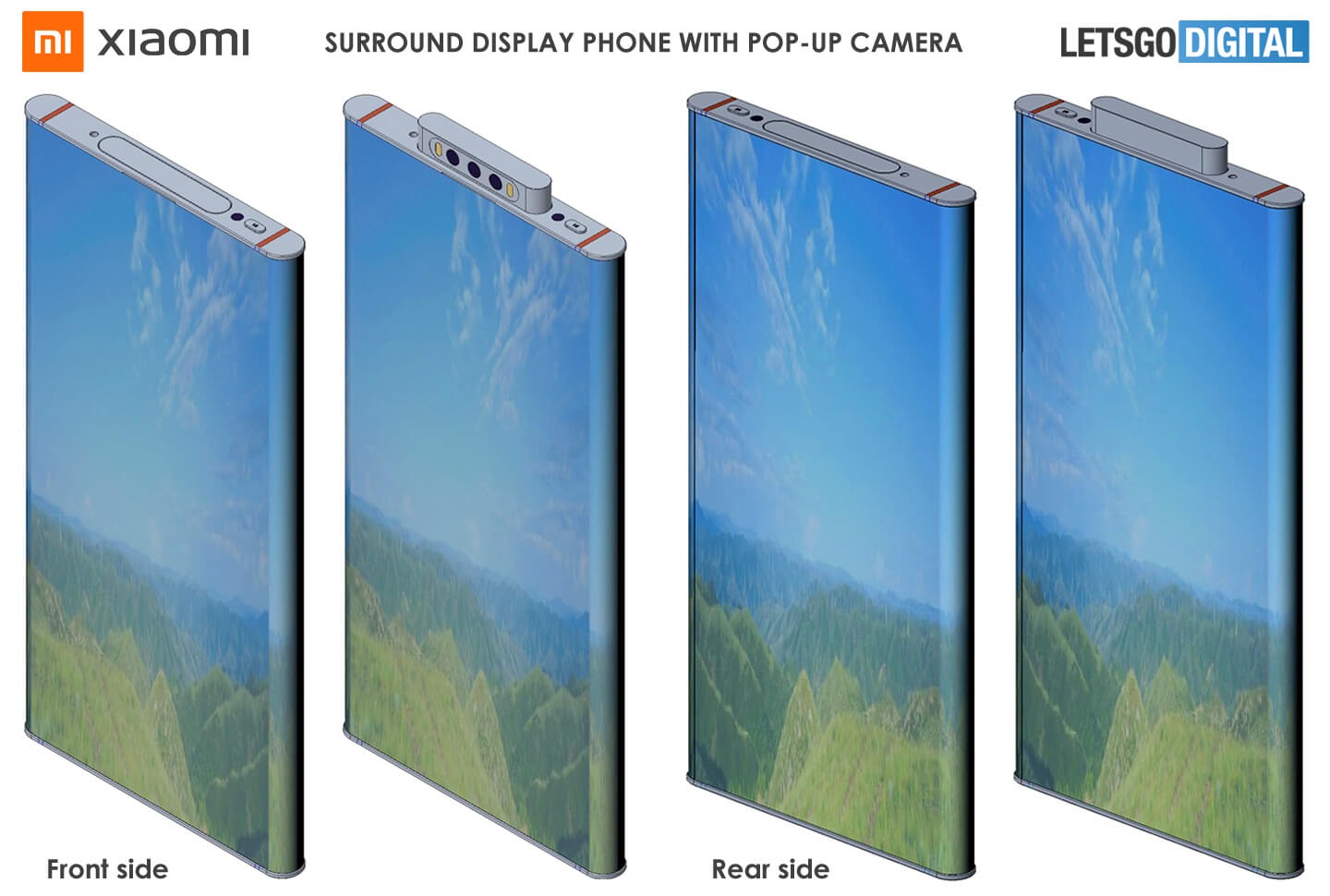 This Xiaomi phone uses a large pop-up camera with three lenses and a flash. Because there are screens on the front and back of the phone, this pop-up camera can be used for regular photographs and videos, as well as selfies.

Next to the pop-up camera, we can find a switch button and a microphone. There is a speaker, a microphone, a USB-C port and a 3.5mm headphone port at the bottom.

There were rumors in March that Xiaomi is developing a follow-up product to the Mi MIX Alpha. This device is codenamed “Draco” and will be equipped with Snapdragon 865.

Of course, as a patent, whether Xiaomi will launch a real product is still unknown. 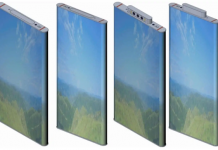