Xiaomi is on the verge of launching a new smartwatch – Mi Watch Lite to compete in the extra-affordable market. It has appeared in the FCC listings along with specification details and a design render. It will be a younger sibling to the recently launched circular-shaped Mi Watch. 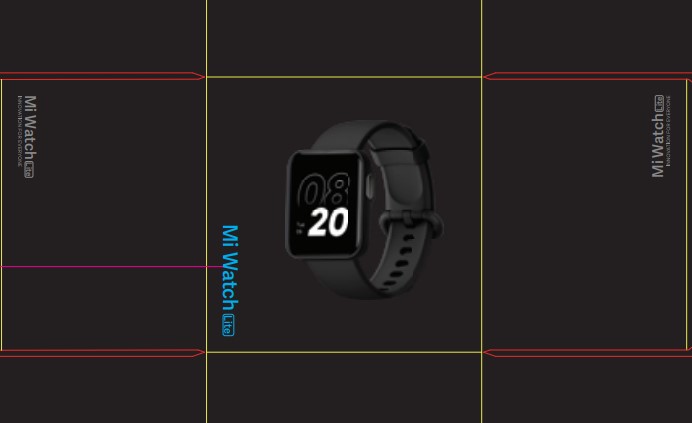 According to the FCC listing, the smartphone bears Bluetooth V5.1 and carries a battery of 230 mAh. It is sufficient enough to provide several days of battery backup upon a single full charge. It houses a squarish 1.4-inch colorful HD touch display. Moreover, there’s a standalone GPS which reduces the dependency on smartphones. It can easily track the location while you’re using the app or doing any physical activity.

Moreover, the device is listed to feature the Auto-Brightness feature which confirms the presence of an ambient sensor. A 24-hour heart rate monitoring sensor makes it easy to give you real-time health alerts. There are multiple fitness modes and can easily track activities such as walking, running, swimming, jogging, etc. The smart sensors and algorithm bring Swiming stroke recognition. 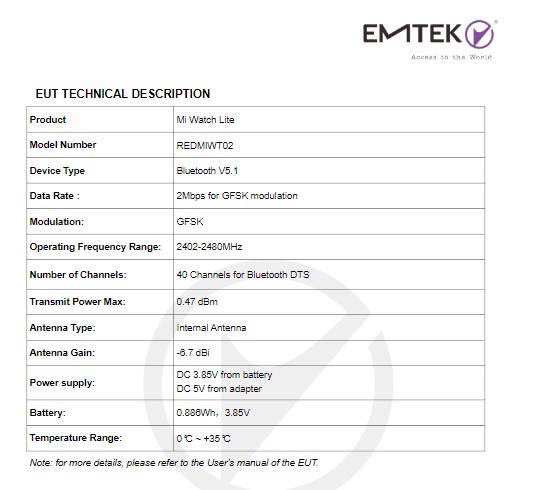 It is a fully waterproof device with up to 50 meters of depth. The users can easily use it with Android and iOS devices using the Mi Fit app.

Learning from the Mi Watch and other wearable models from Xiaomi, the new Lite version could come packed with highly competitive features. The smartphone will debut at a more affordable price than the predecessors.