For a long time, Xiaomi has been promoting its new TV product. And as you know, this time, it’s neither a TV set nor a TV box. Instead, we are dealing with a small-size product that can provide excellent performance and you will not feel that your TV or the TV box don’t have a Xiaomi logo on them. Today, the manufacturer held a conference and officially launched the Mi TV Stick. 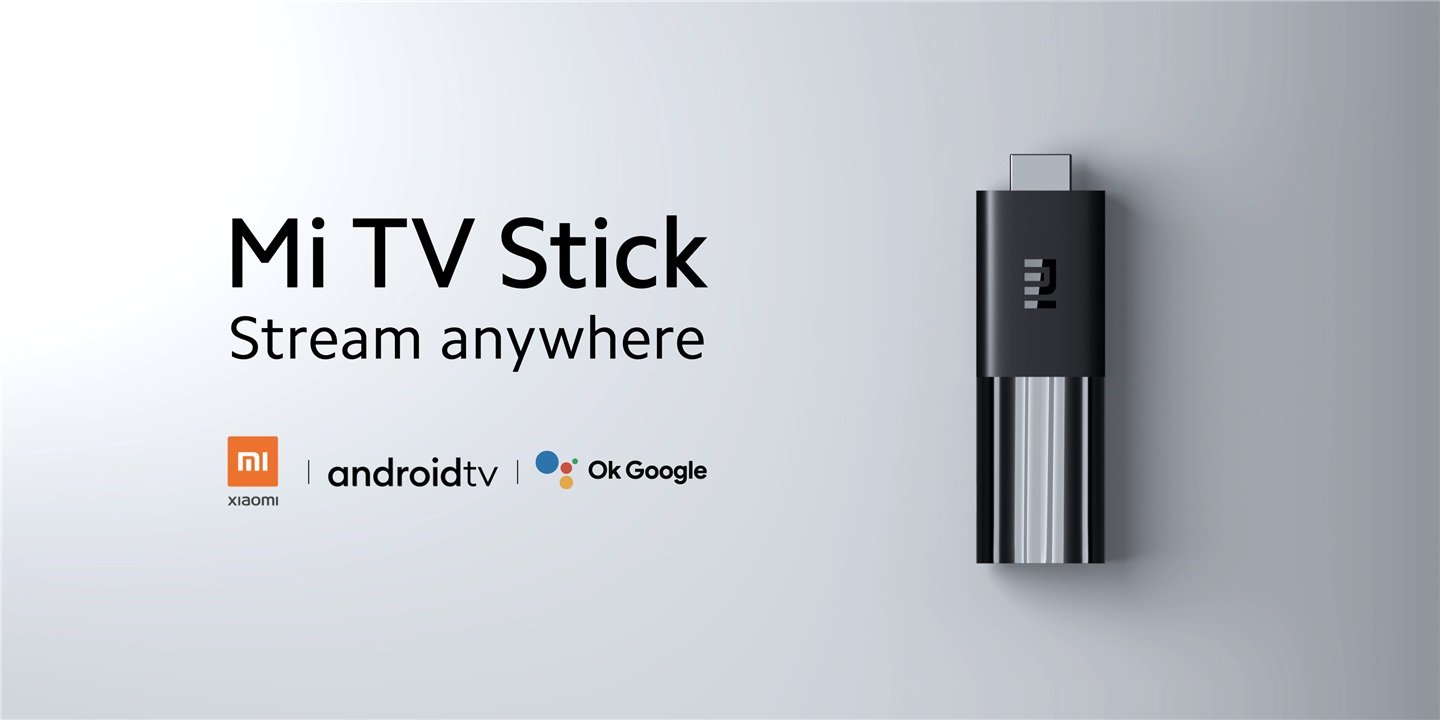 The Xiaomi Mi TV Stick is an Android TV portable streaming device that supports streaming media with a resolution of 1080p. It can run applications like Netflix. But if you want any app from Google Play, they all are there. We mean this is a full-featured Android TV product.

In terms of configuration, the Mi TV Stick uses a quad-core Cortex A53 processor. The latter is supplemented by a 1GB of memory and an 8GB of flash storage. At the same time, our protagonist supports Dolby and DTS audio technologies. Well, this TV stick comes with Bluetooth remote control, which can be used to issue voice commands through the Google Assistant button or quickly start through dedicated buttons of Netflix and Amazon Prime. 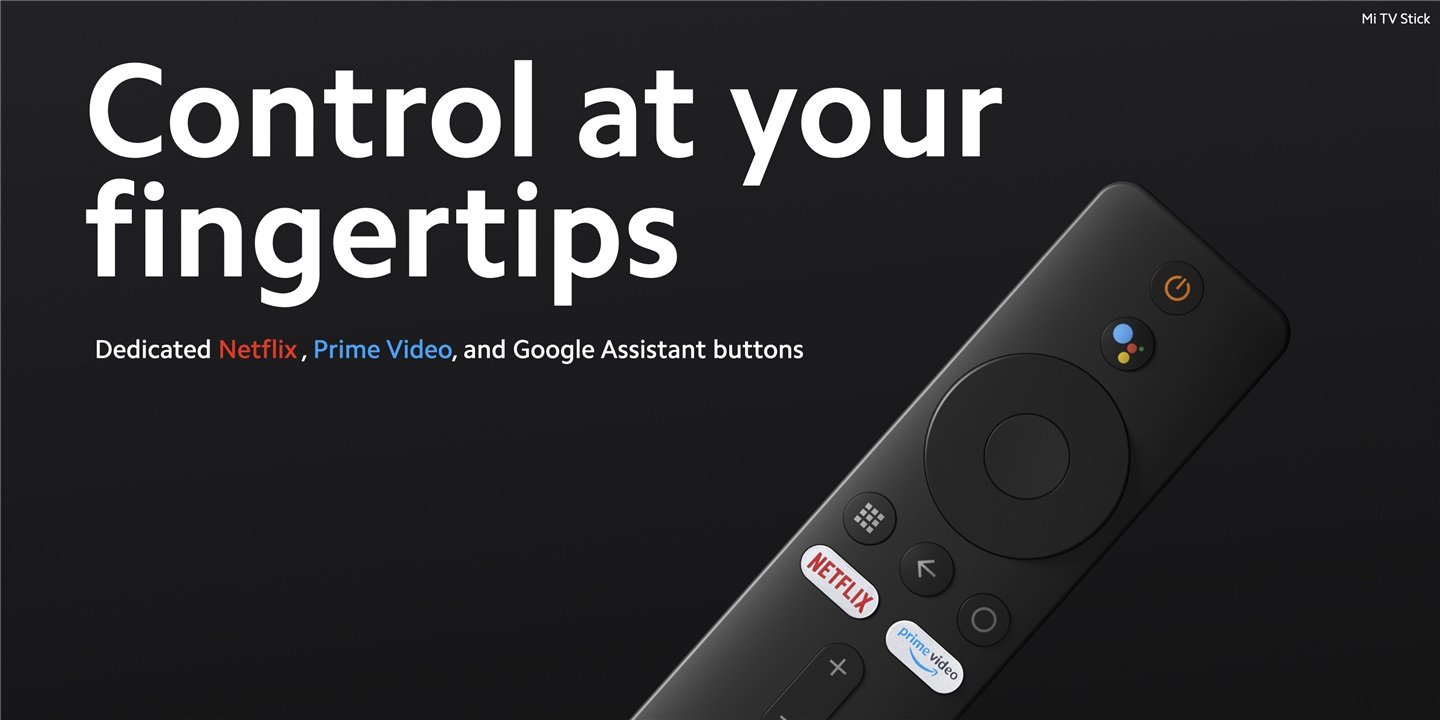 On the body, we can find various interfaces, including HDMI 2.0a male port and MicroUSB female port. The Xiaomi TV Stick supports Dolby and DTS dual decoding. 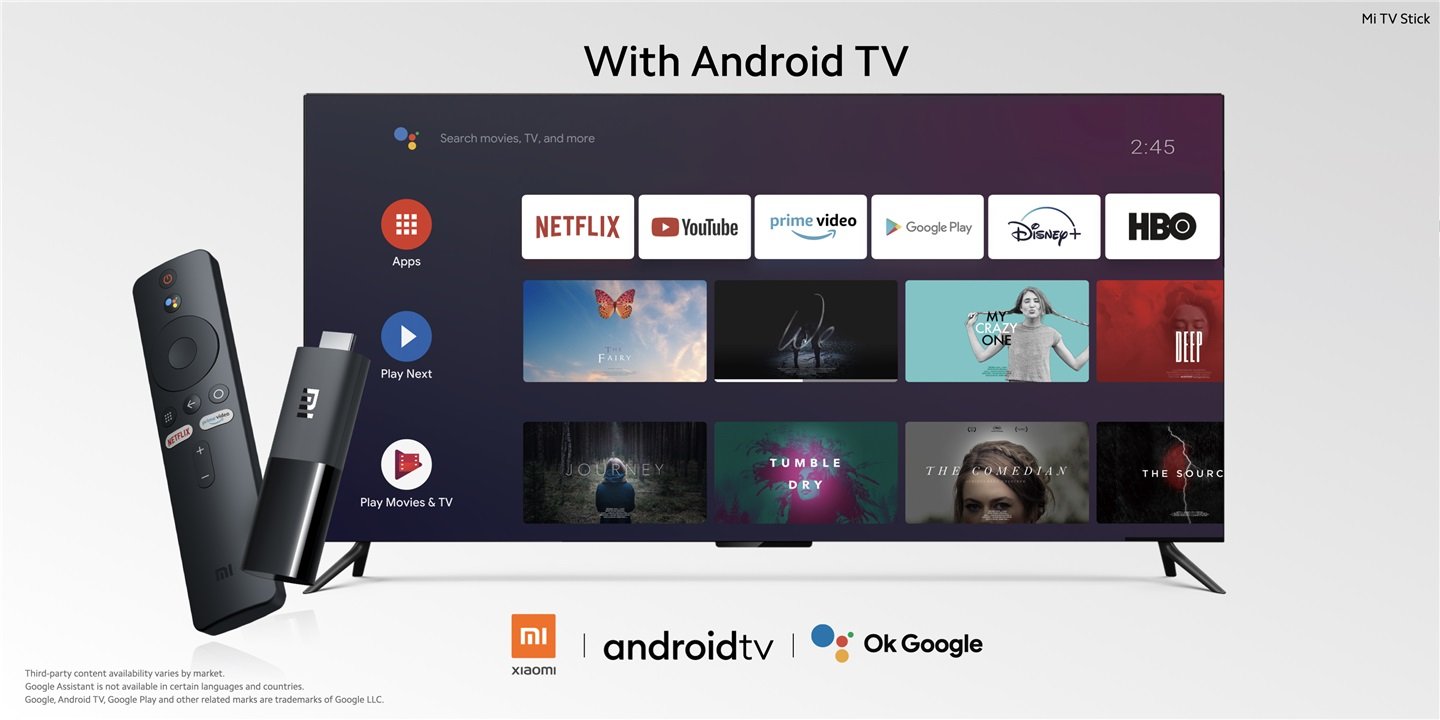 Xiaomi has not yet announced the price of the new Mi TV stick. But we know that this device is going to compete with the Google Chromecast. The latter costs from $35 to $70 depending on the resolution it supports, Full HD or 4K. So the Xiaomi Mi TV Stick should be priced accordingly.