Xiaomi is preparing to launch a next-generation Redmi K40 5G series smartphone soon. The leaks and rumors have already become quite frequent but still, the launch is far away. A new smartphone bearing model number M2011K2C has appeared on MIIT as spotted by Twitter leaker Abhishek Yadav. It is speculated to be the upcoming Redmi K40 5G smartphone.

Apart from the model number details, the smartphone comes with 5G support. it would be interesting to know more details about the device in the coming days. However, it is not fully confirmed whether this device is Redmi K40, but the speculation is quite affirmed considering some facts. There’s hardly any other information about the device as of now.

Redmi K40 Pro specs were recently leaked by famous leaker Digital Chat Station. According to the channel, the smartphone will come with Snapdragon 875 SoC built on the 5nm process. It will provide considerably much better performance than the Snapdragon 865. Redmi K40 Pro will come with a Samsung 108 MP ISOCELL HM2 sensor instead of a Sony 64MP IMX686 sensor on Redmi K30 Pro.

Moreover, there will be a better battery and improved charging technology. There are some other changes too which are not known yet. Overall, the Redmi K40 Pro will be a fully new and upgraded device.

Xiaomi is also preparing to launch some other high-end devices before the Redmi K40 Pro in March next year. There’s still a lot of time is left, so we expect some more details to surface in the meantime. 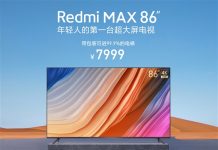