ZTE A1 ZTG01 has finally received the WiFi Alliance certification. According to the certification, it supports dual WiFi frequency bands i.e. 2.4GHz and 5GHz. The phone was listed on the Japanese carrier Au and unveiled some unknown specifications. According to the Au, the ZTE a1 ZTG01 is a mid-range 5G phone that is powered by Qualcomm Snapdragon 765G. 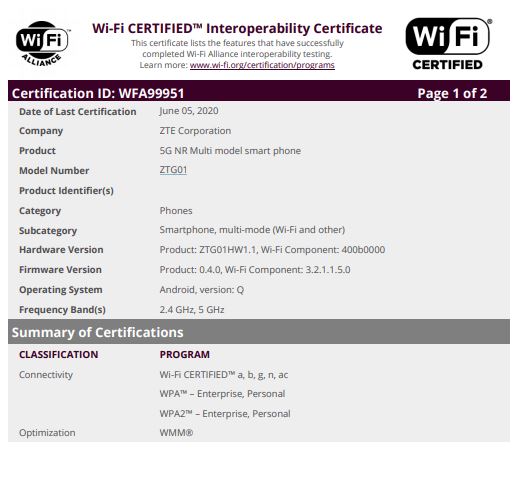 There’s hardly any information other than the presence of Android 10, that appeared on the Wifi Alliance.

According to the previous leaks and listings, the ZTE a1 ZTG01 features a 6.5 inch Full HD+ LCD display. The display is also packed with a single punch-hole camera that is placed at the top-right position. ZTE A1 ZTG01 packs a quad-camera setup that includes 48MP primary camera + 8MP + 2MP + ToF sensor. On the front side, there is a 32MP camera for selfies and video chats.

ZTE’s new phone has 6GB RAM and 128GB internal storage that can be expandable via microSD card up to 1TB. ZTE A1 ZTG01 is touted to encase a 4000 mAh battery and runs on Android 10 out of the box. It is also packed with rear-mounted fingerprint sensor. In other features, the phone includes Bluetooth 5.0. ZTE A1 ZTG01 measures 77 x 164 x 9.0 mm and weighs about 185g. 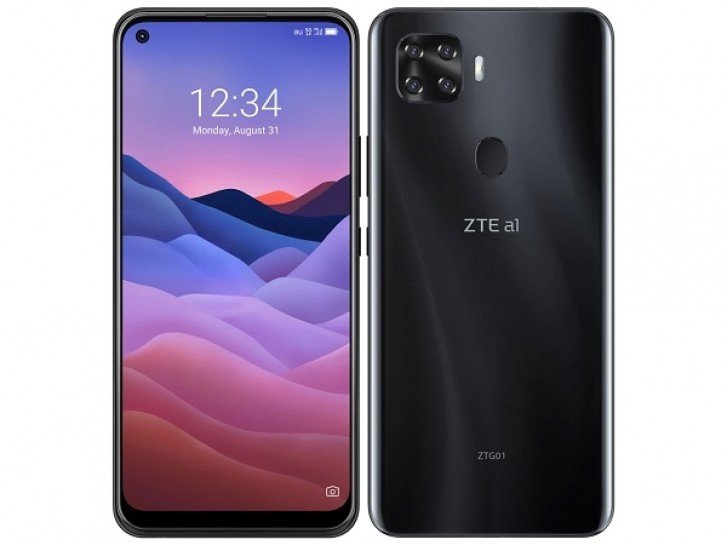 It is said that the new ZTE A1 ZTG01 will be launched in July, but the exact date is not given so we have to wait for that. Although ZTE has launched its Axon 11 5G phone i.e. also powered by Qualcomm Snapdragon 765G recently. However, we hope to get some more information about the ZTE a1 ZTG01 before the launch. Stay tuned with us.