ZTE is primarily known for its quality telecom and networking equipment throughout the globe. However, the company has also established itself in the smartphone world with some quality smartphones, including many popular Nubia series and more affordable Axon series. The company is on the verge of launching a few new smartphones. Along with the ZTE Axon 11 SE, we have got another smartphone model – ZTE Blade L210, which is making rounds across certifications and CNIPA (Trademark Office of National Intellectual Property Administration, PRC). 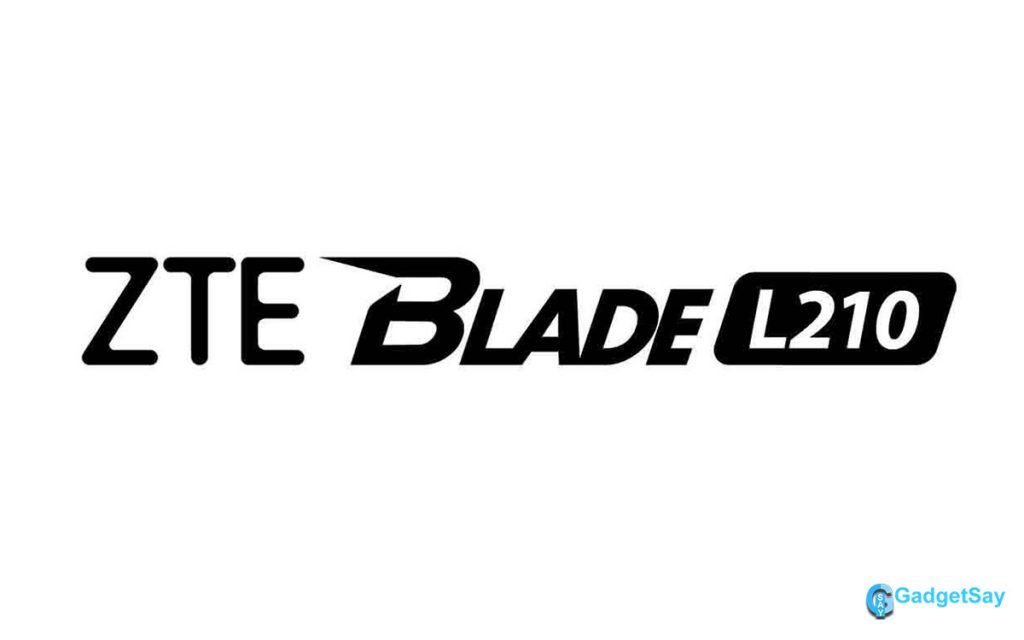 We speculate it could be the successor to the ZTE Blade L110 was launched in July 2016 offering entry-level specifications. ZTE Blade L210 has appeared at the WiFi Certification running Android 10 on board. However, no more information about the smartphone is visible in the recent listing. 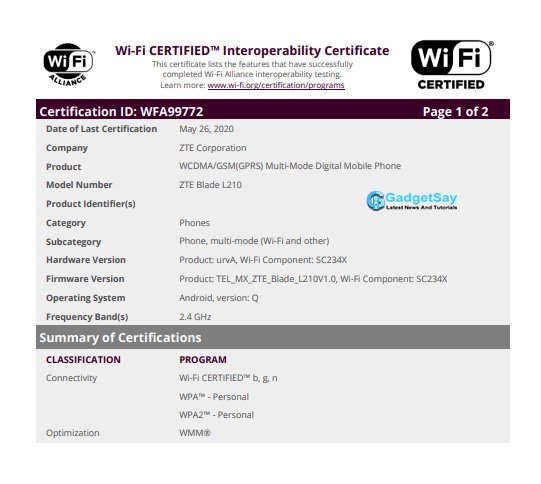 It is quite surprising to see the new ZTE device as it has not appeared anywhere else except the official China trademark database. ZTE Blade L210 trademark was applied on January 1, 2020, under the Mobile phone service category. The smartphone logo also appeared in the trademark listing on CNIPA.

Like its predecessor, we expect ZTE Blade L210 to feature entry-level specifications. 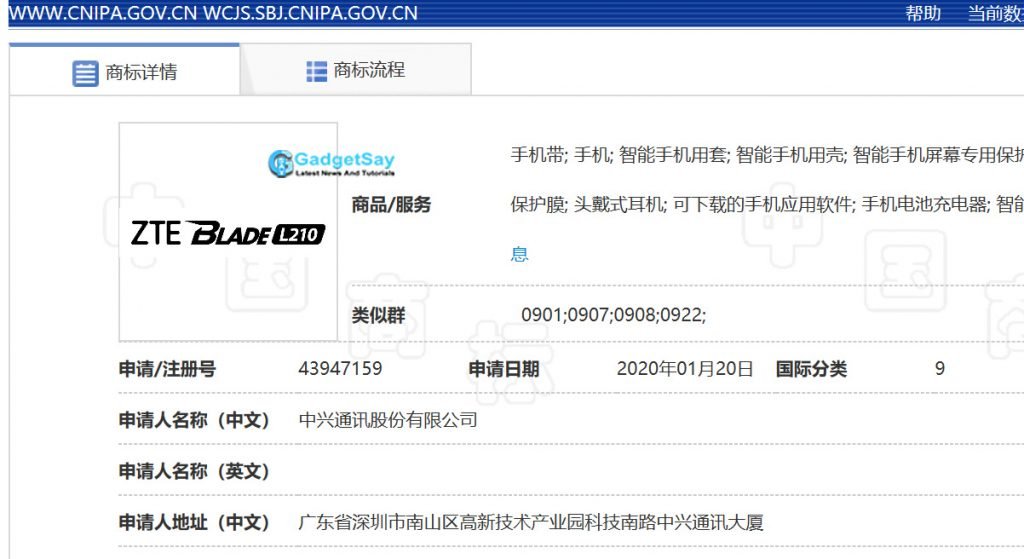 On the other hand, ZTE Axon 11 SE recently appeared on TENAA, unveiling some unknown information about the device. According to the listing, the AXON 11 SE will feature a 6.53-inch display, quad rear camera module with 48-megapixel primary camera, and a Chipset having 2.0GHz chipset.

You can stay connected with us for more information!

Realme Ace might adopt the upcoming Snapdragon 875 along with a...