Xiaomi Group handed over a very satisfactory answer in the 618 e-commerce promotion. The total platform sales amount exceeded 10 billion yuan ($1.41 billion). And it took the 256 first place on the three platforms of Jingdong, Tmall, and Suning. As a comparison, the sales volume of 618 e-commerce promotion Xiaomi Group in the same period last year was 6.48 billion ($0.92 billion), a year-on-year increase of more than 54%. This indicates that consumers’ enthusiasm for consumption has increased. 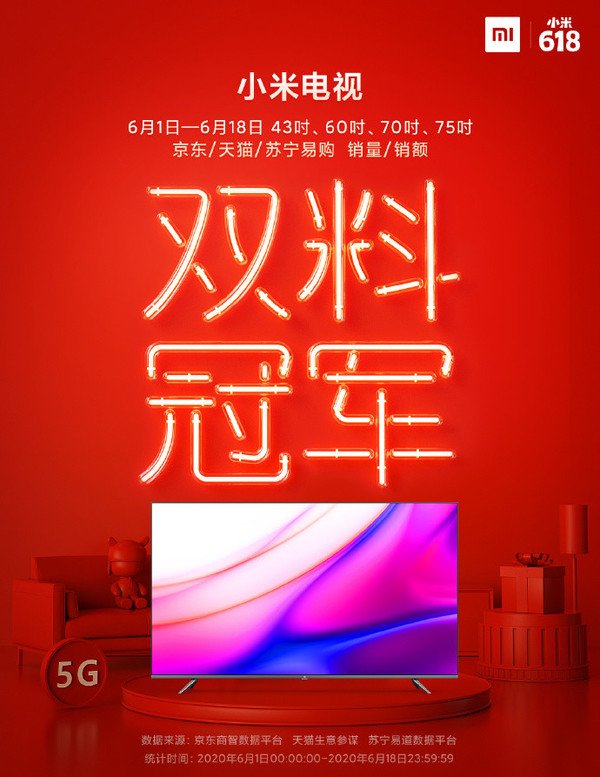 The Xiaomi Mi 10 is the first 5G flagship smartphone released by Xiaomi this year. It is also one of the hottest products on the market for the longest time and most popular among users. It has been hot for 4 months. The Redmi K30 Pro has also been released for 2 months and is the first 5G flagship product released by the Redmi brand this year. During the 618 e-commerce promotion, it has firmly occupied the first position in the list and became the most popular 5G smartphone.

The Most Popular Phone During 618 Promotion

In addition, the Redmi 10X released last month became one of the most popular smartphone items during the 618 period. This phone sold more than 10,000 units in the live broadcast room. Products with a sales volume of more than 10,000 units also include the Xiaomi Mi 10 series phones, the Redmi K30 Pro phones, the Redmi Note 8 series phones, the Xiaomi Mi Band 5 series, the Mijia DC frequency conversion floor fan 1X, the Redmi AirDots S true wireless Bluetooth headset, the Mijia Bluetooth temperature Hygrometer 2, and other products.

In terms of AIoT, the company sold over 10,000 units of the Xiaomi TV in just 37 seconds. Moreover, the sales in 14 minutes exceeded 100 million yuan ($14.14 million). In the end, Xiaomi TV successfully won the first place in both Jingdong and Tmall dual-platform TV sales. Xiaomi TV also won the sales of the three platforms of Jingdong, Tmall, and Suning in 43-inch, 60-inch, 70-inch, and 75-inch sizes, with the highest sales volume.