HP Laptop Built-In Keylogger: If you have a Hewlett-Packard (HP) laptop, then you are definitely in danger. Your HP laptop is secretly spying all your typed documents as well as passwords. The security investigators from the Switzerland-based security organization, Modzero have tested the Windows Active Domain infrastructures and found that a built-in keylogger in an HP audio driver is observing all your keystrokes and this will be called as windows Keylogger.

Keylogger is defined as a program which records all the keystrokes of the users. It is mainly practiced by the hackers to obtain passwords and confidential data of the users. This malicious computer program can recognize every single key pressed by you. The HP laptops feature an Audio Chips manufactured by the Conexant. Conexant is a producer of integrated circuits they also provide operators for the audio chips. There are several option of keylogger removal from your computer, you should keep reading….

HP installs code in the audio drivers produced by Conexant. The code is installed only in some specific PC models which manage special keys like Media keys present on some keyboards.

The investigators said that the code (CVE-2017-8360) installed in HP PC’s are not well-executed. The code is the reason of big flaw. It records each and every key pressed by the users, and save in a human-readable document. The recorded file is present in a local folder C:\Users\Public\MicTray.log. It saves many personal data like passwords and account details which any third party app installed on the PC/ laptop can access.

Anyone can easily copy the log file and can obtain all your personal data. The data could be your social media account, messages, source code and also bank account details. Leaking of these details may result in crimes like ransomware and hacking.

In the past 2015, the keylogging was featured in the renewed version 1.0.0.46 for HP audio drivers and about 30 variety of HP Windows computer models. The exporting of these patterns started from 2015. The keylogging feature has influenced more than 27 HP PC models. Some of the models are HP Elitebook 800 series, the EliteBook Folio G1, HP ProBook 600, 400 series, etc. You can get all the keylogging influenced PC in Modzero’s report. The investigators also found that some other devices of Conexant might be affected by the log file.

Way To Keep Yourself Safe From Keylogger

If you got any file like these then immediately remove it from your PC. You can also rename the file for safeguarding yourself. The frequent backups of the files on any hard drive (may be cloud or external device) can keep a record of your keystrokes. You should also delete the backup file if you backup local files in any hard drive. The data in the external device are stored in a plain document, which is clearly visible to the third parties. 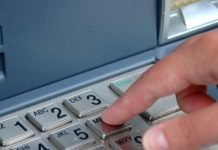 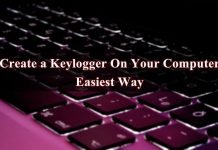 How To Create A Keylogger In Easiest Way On Your Computer 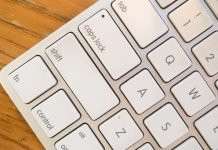 Find Out How Wi-Fi Signals Can Sniff Your Keystrokes