The Huawei Mate 40 series will be released this Thursday. So it’s logical we are getting more and more revelations. Moreover, the latest leaks completely disclose this or that feature, design element, or a function of this series.

Say, today, a Turkish fan posted a screenshot of the Huawei Mate 40 Pro system. On the phone page, the model number is NOH-NX9 and it runs on an EMUI 11 system based on Android 10 (C432E6R4P1). 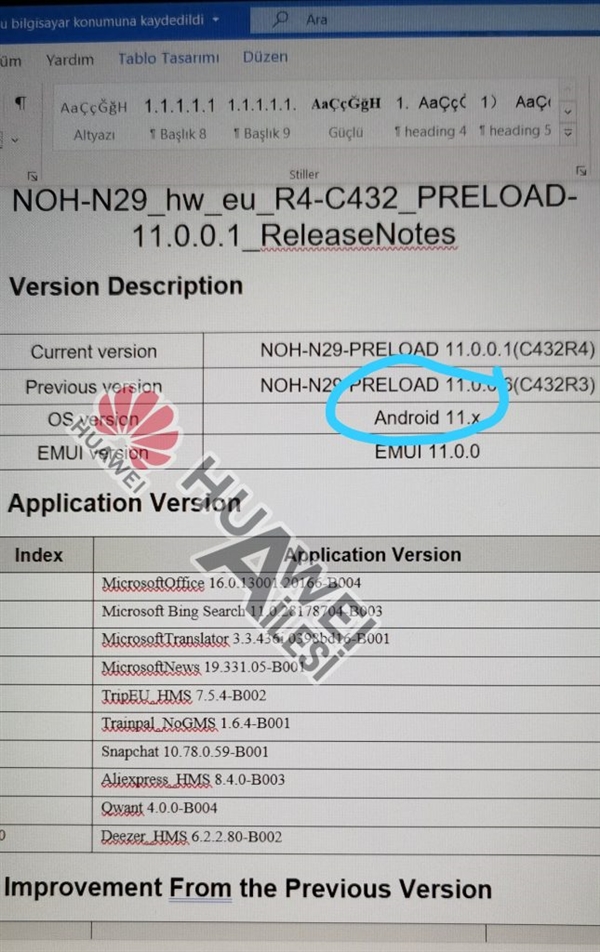 In terms of configuration, the machine is confirmed to come with a Kirin 9000 processor, 8GB of running memory, 256GB of body storage, and a screen resolution of 2772×1344.

Other interfaces show the main design style of EMUI 11 and pre-installed applications. As expected, there is no Google service. 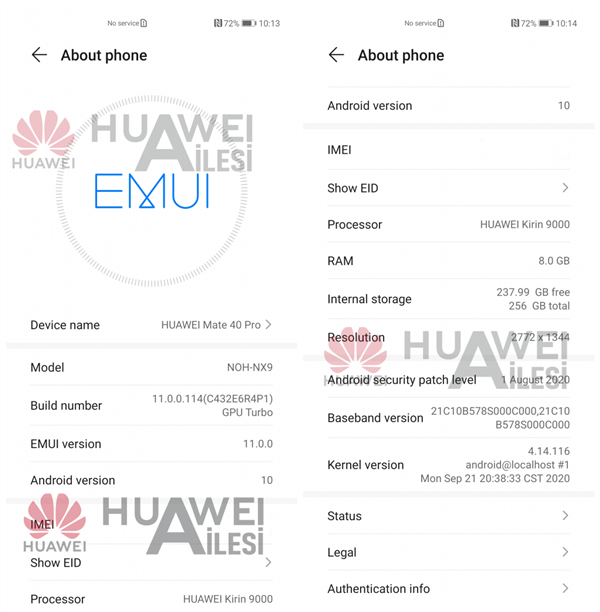 One of the users pointed out that judging from the top status bar, the Huawei Mate 40 Pro undoubtedly comes with a long strip holes located in the upper left corner.

In addition, judging from the update log given by EMUI 11, Huawei has a development plan based on Android 11.

This week, Roland Quandt gave a render of the Huawei Mate 40 Pro. The back uses a multi-camera combination in the shape of a ring. But we should point out that this shape is quite different and doesn’t look like the previous shapes. 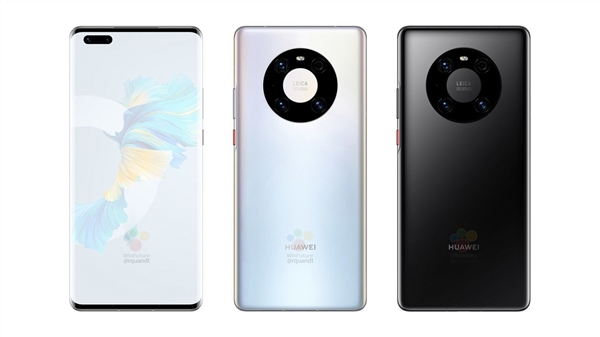 We have also heard this phone will carry a 6.5-inch screen with a 2340×1080 resolution. According to the previously disclosed information, the Huawei Mate 40 will adopt a hyperboloid screen. This is the first time that the Mate series standard version adopts a curved screen design.