Oppo’s upcoming entry-level smartphone bearing model number PDVM00 has finally appeared on TENAA in China. The same device was spotted on 3C certification a few days ago but was unable to grab additional details. However, TENAA has revealed some unknown specifications about the device in the recent listing. 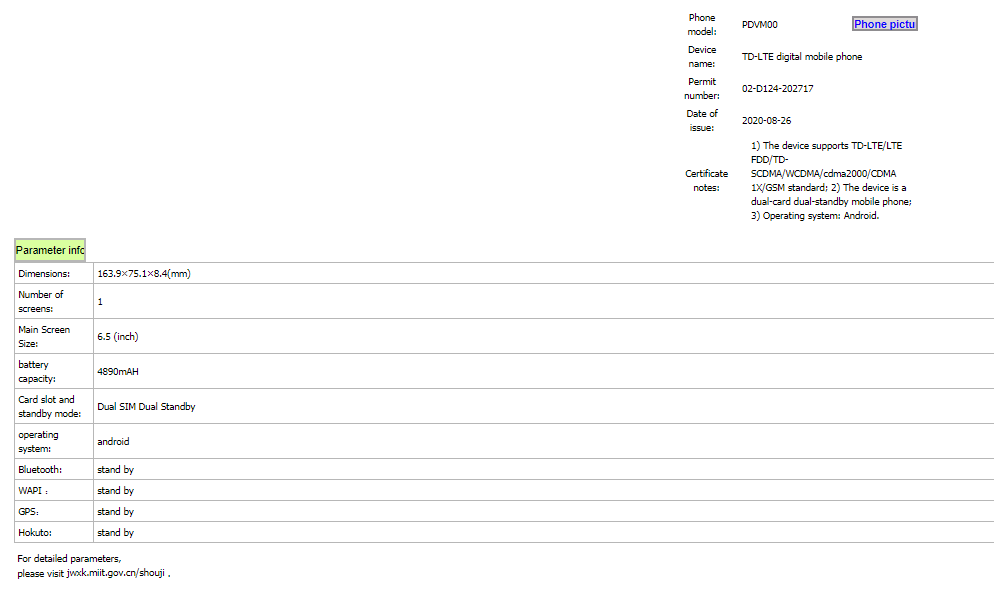 According to 3C, the smartphone supports up to 18W charging with 9vdc/2A charging support. It appeared on several chargers with model numbers OP92KACH, OP92JACH/ OP92CACH/ OP92YACH/OP92HBCH.

We expect the smartphone to launch soon either in the affordable K series.

Other new Oppo phones like CPH2185 and CPH2179 also appeared on EEC a few days ago. These phones were even spotted in WiFi listing and TKDN certificate sites revealing the 4G support and ColorOS based Android 10.